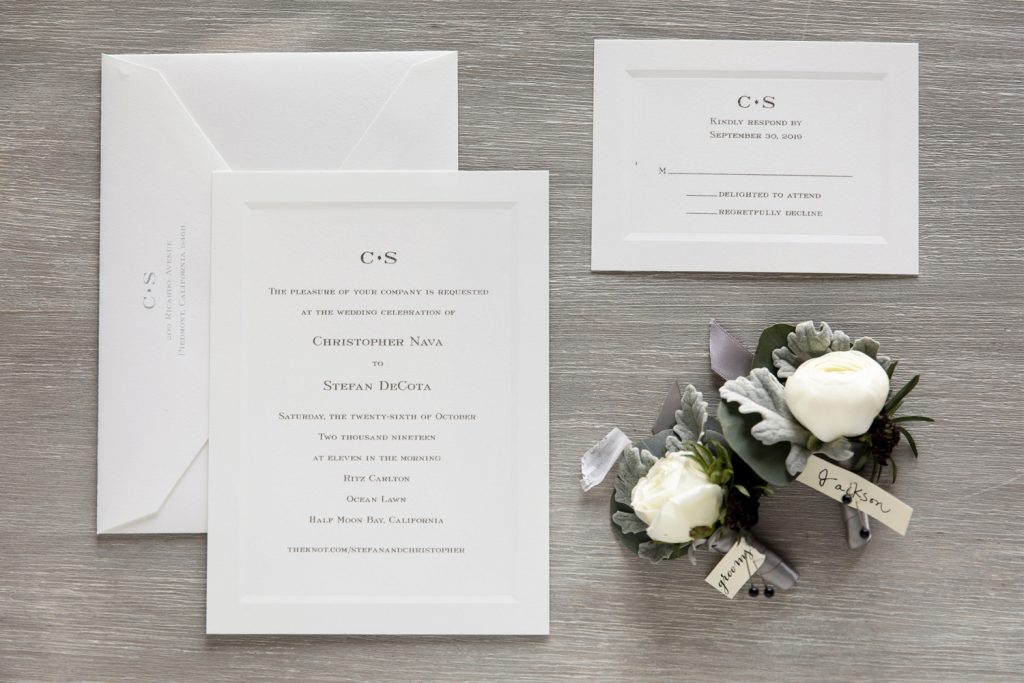 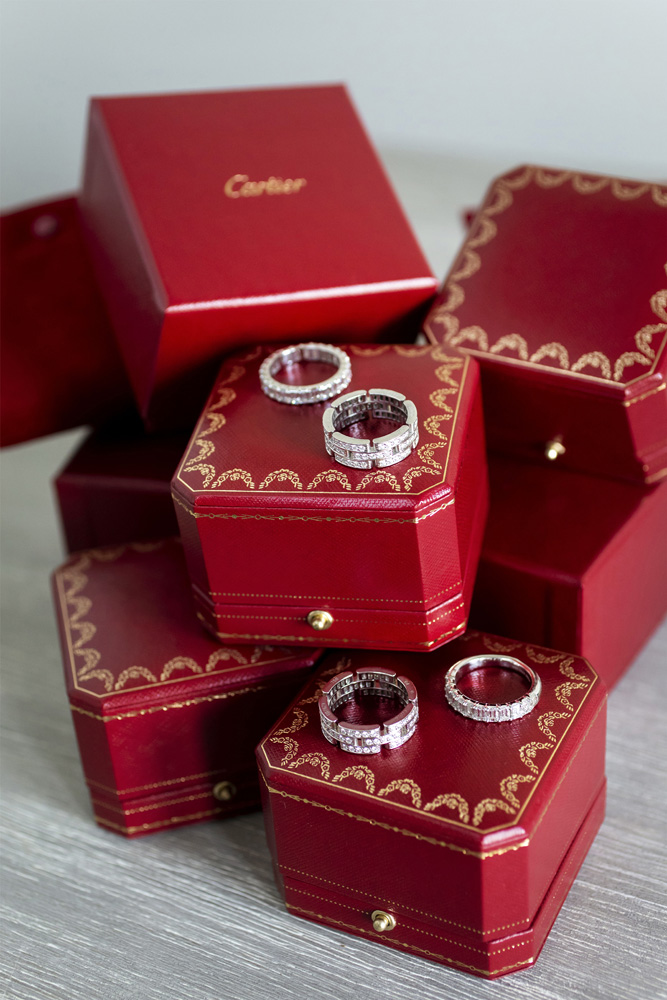 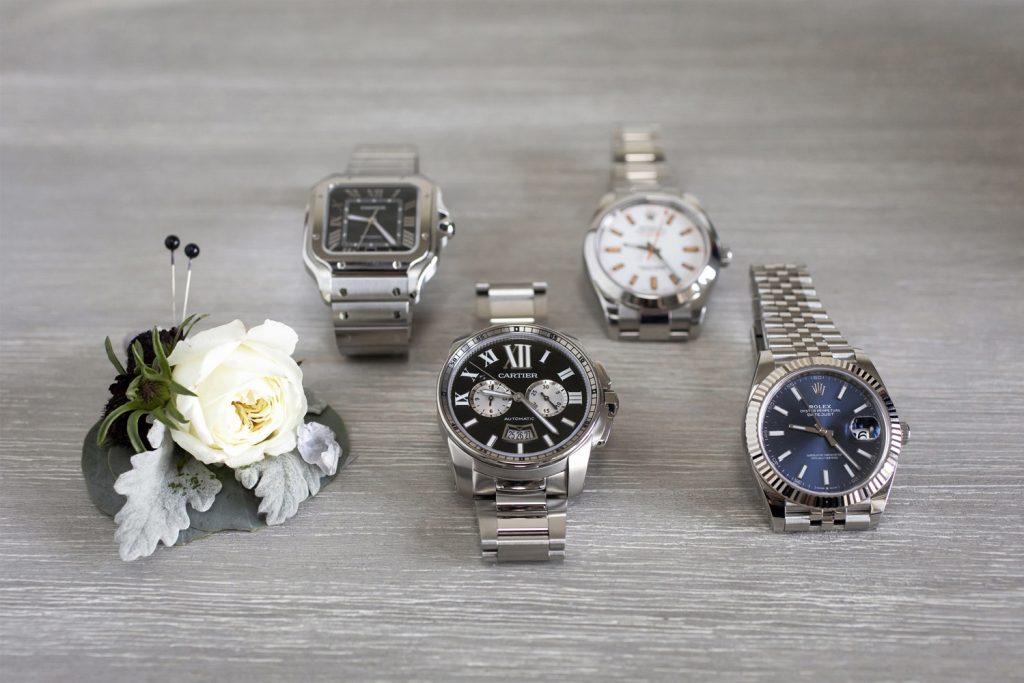 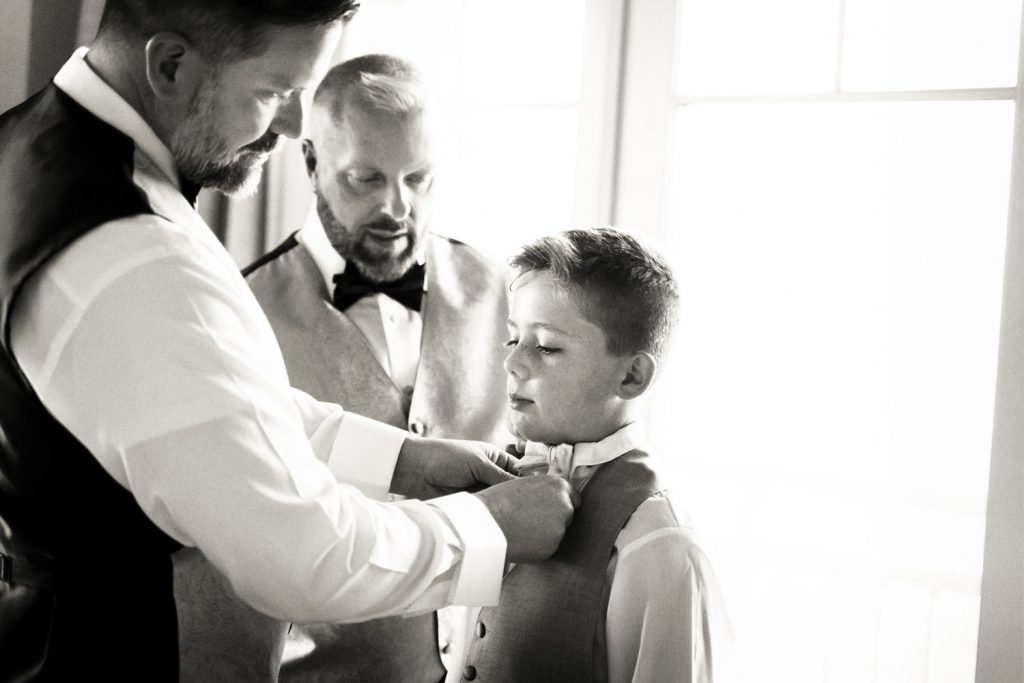 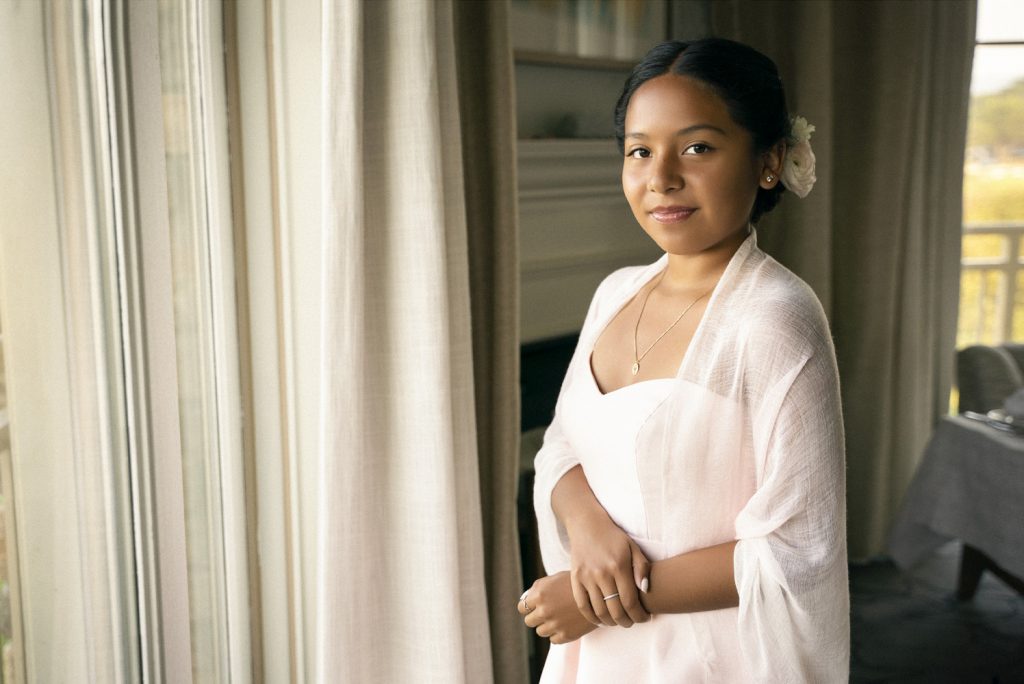 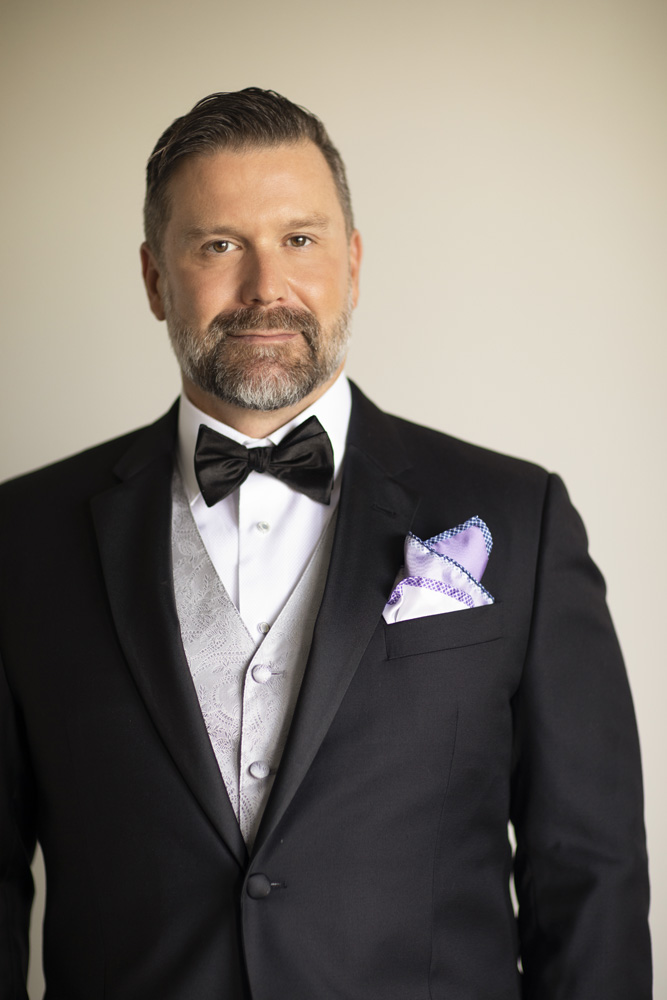 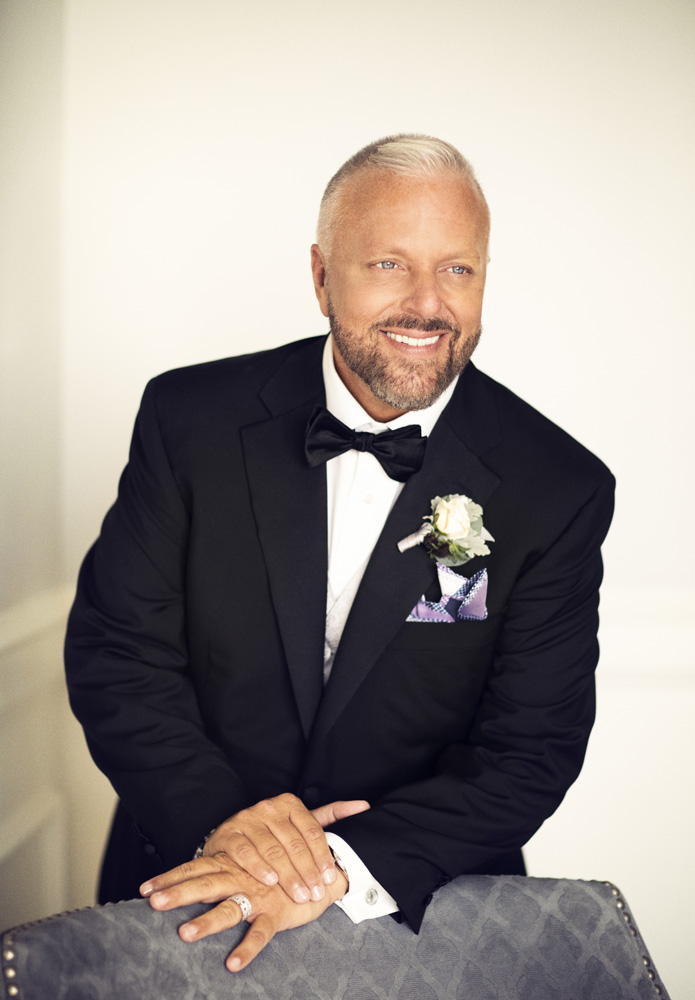 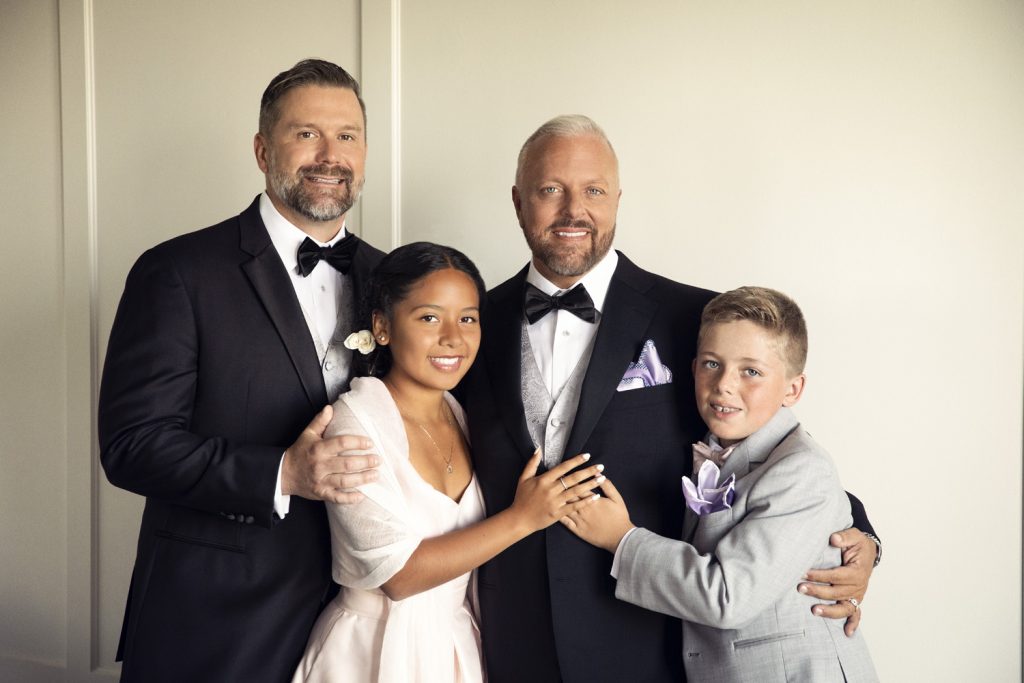 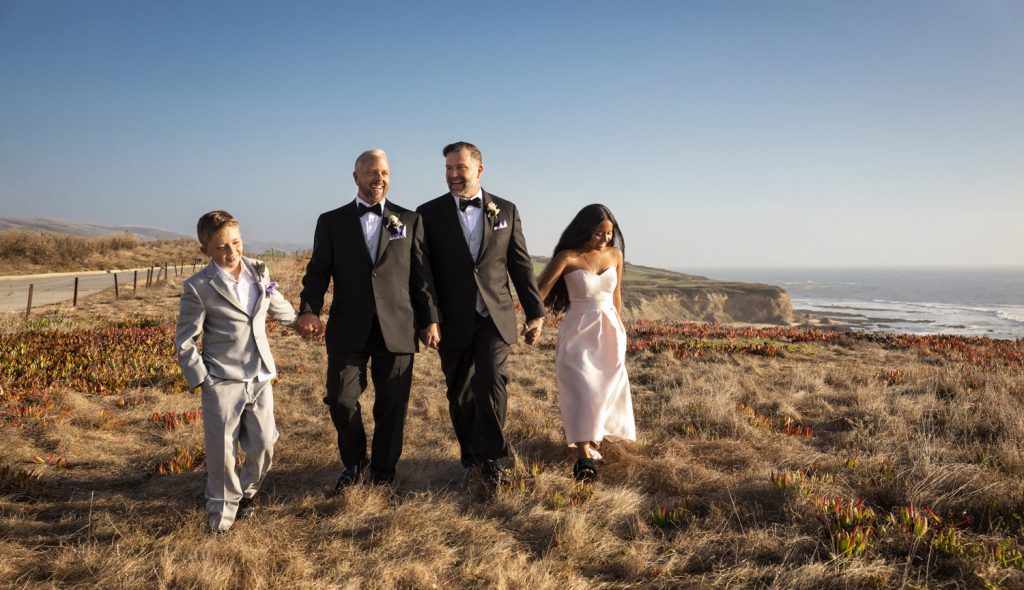 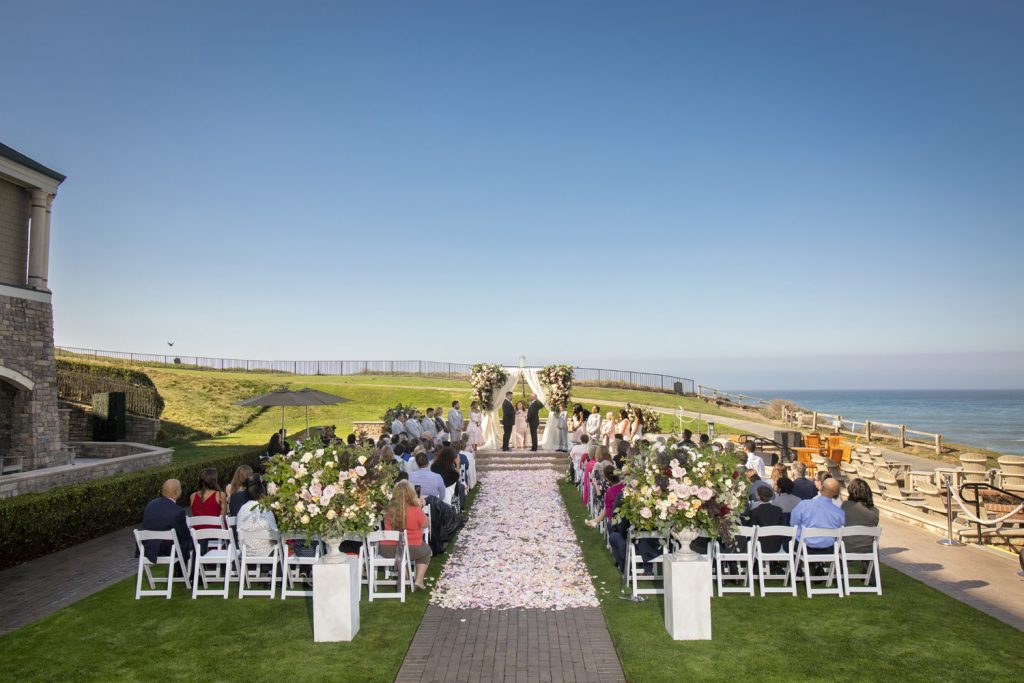 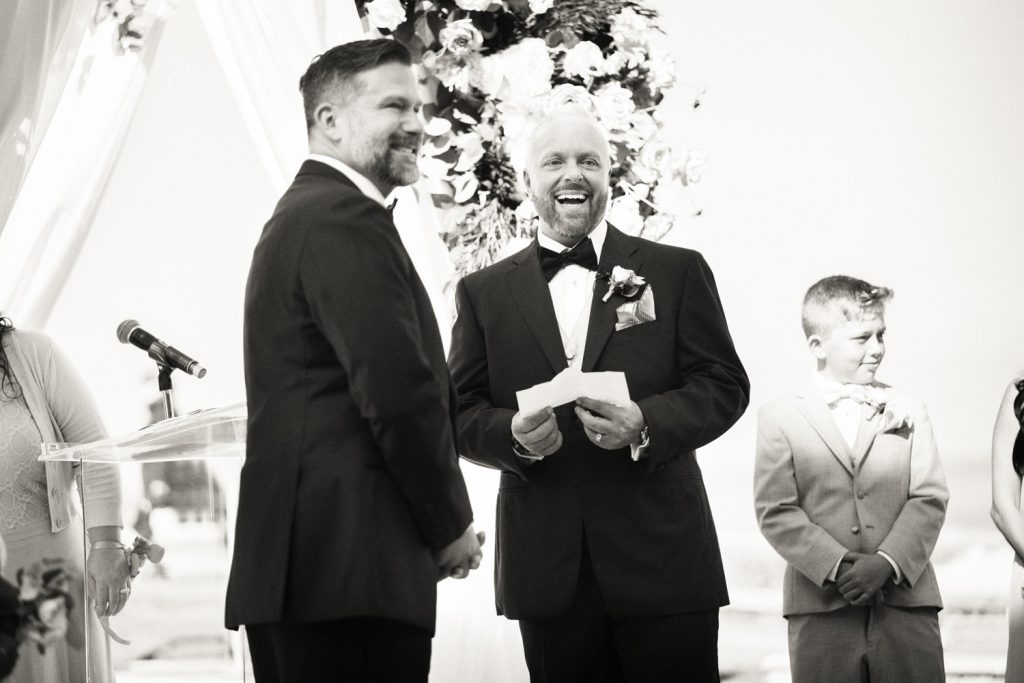 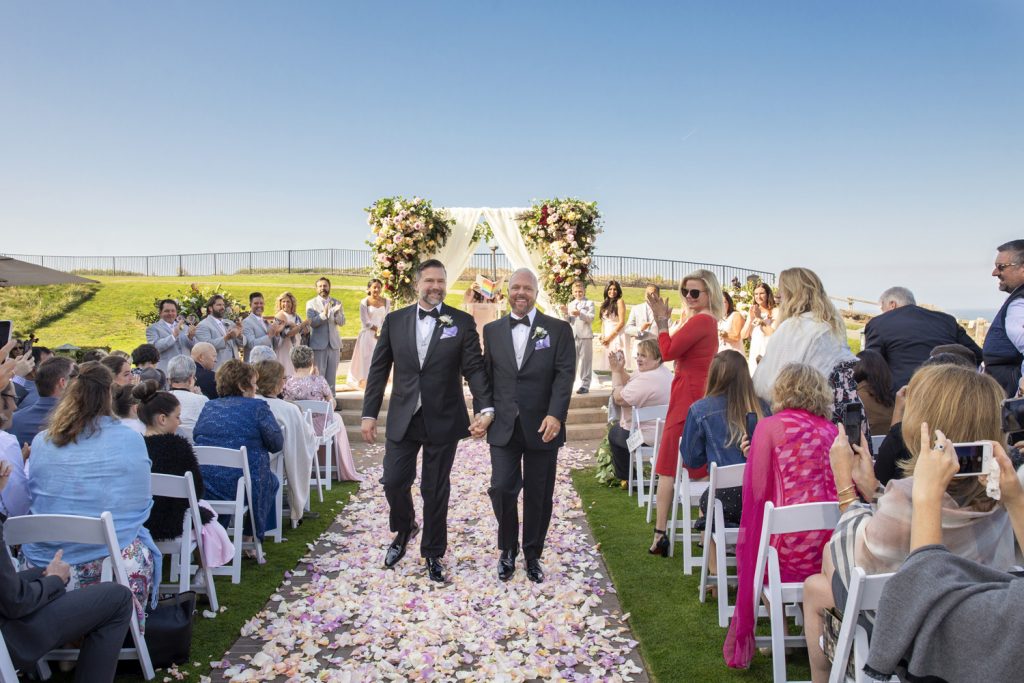 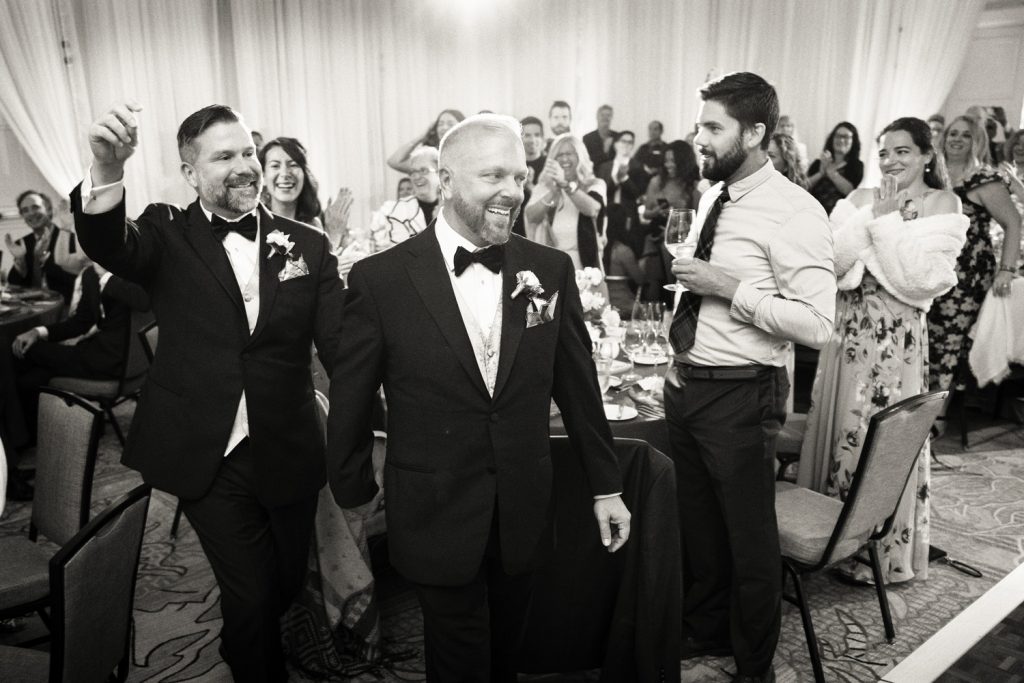 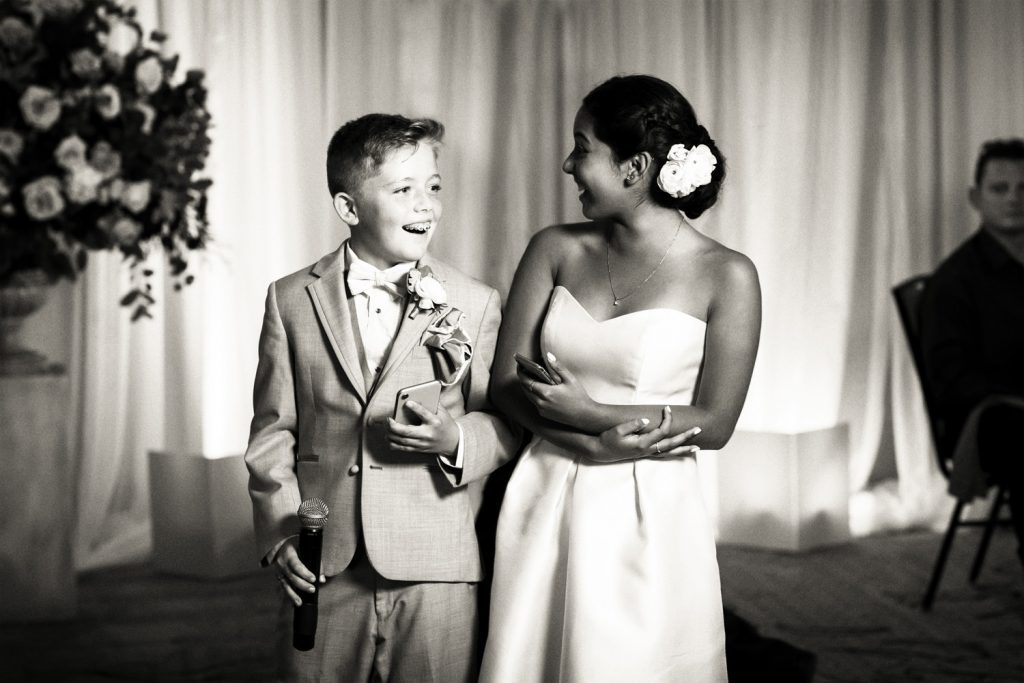 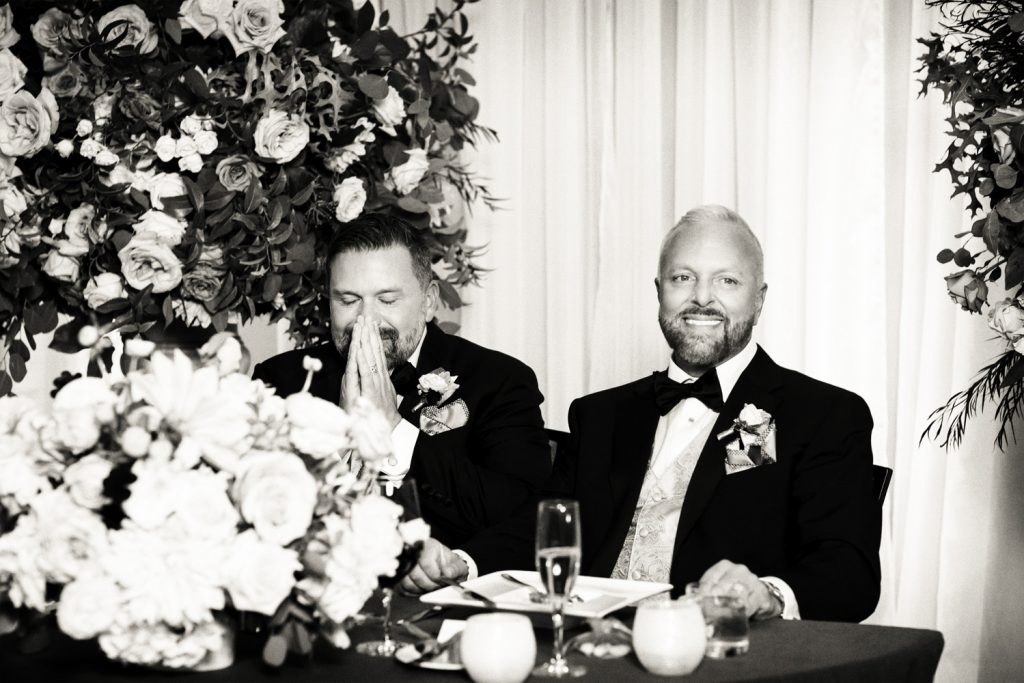 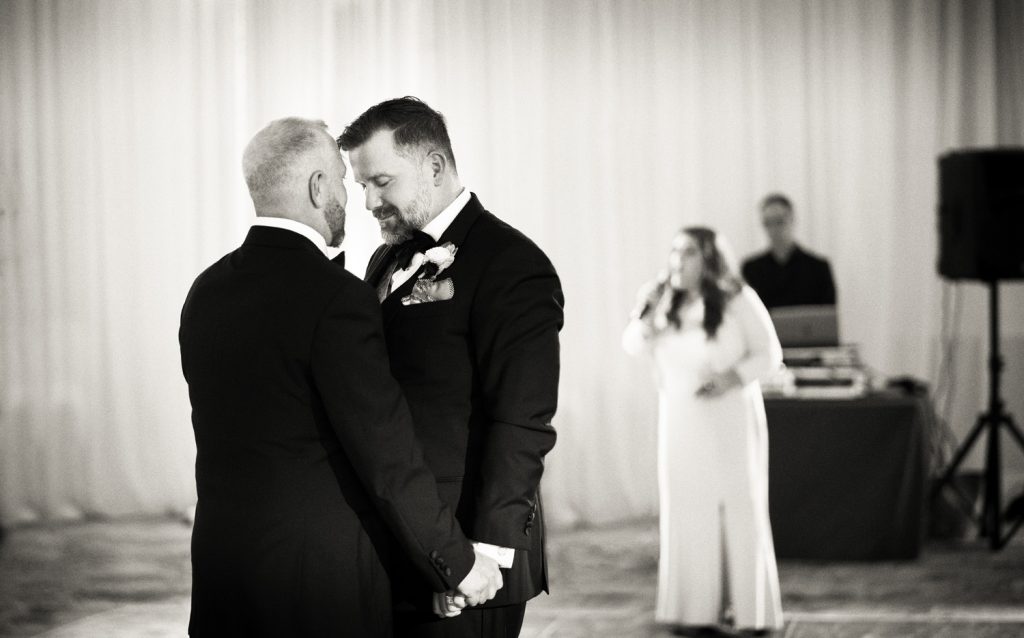 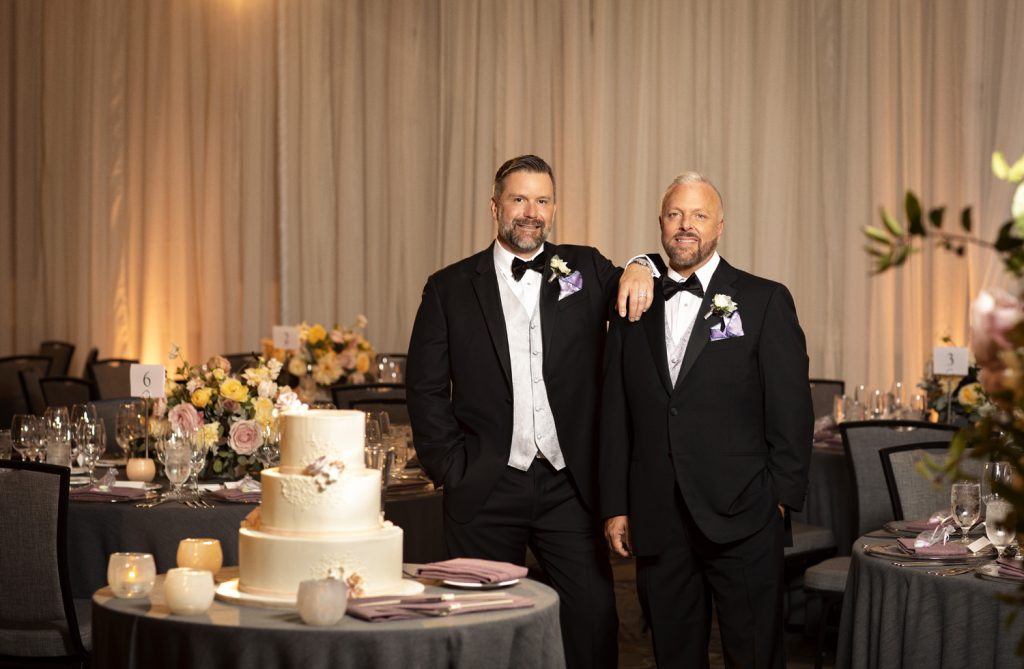 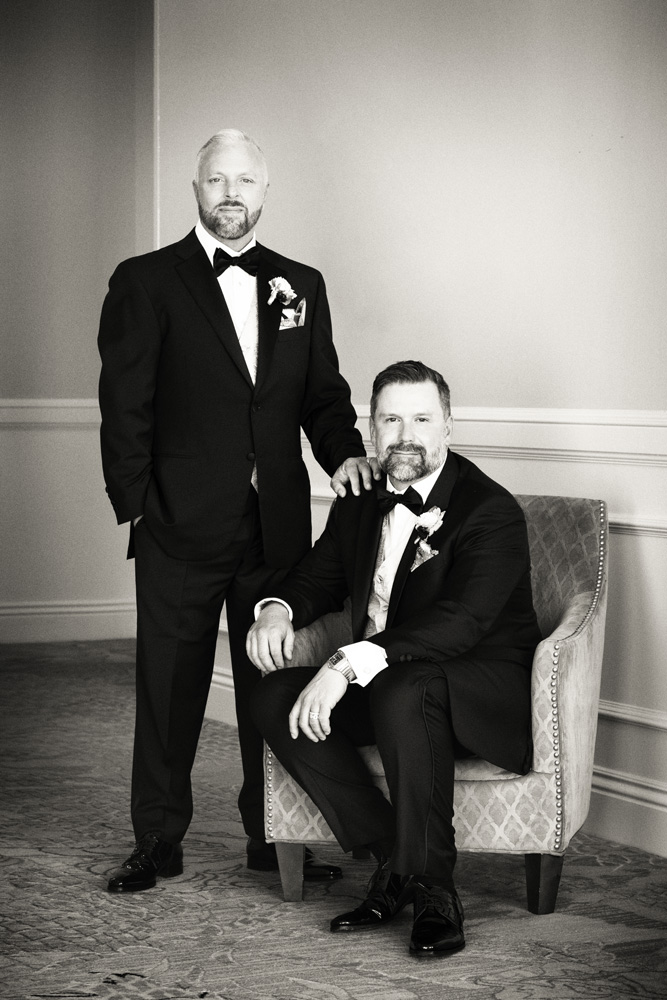 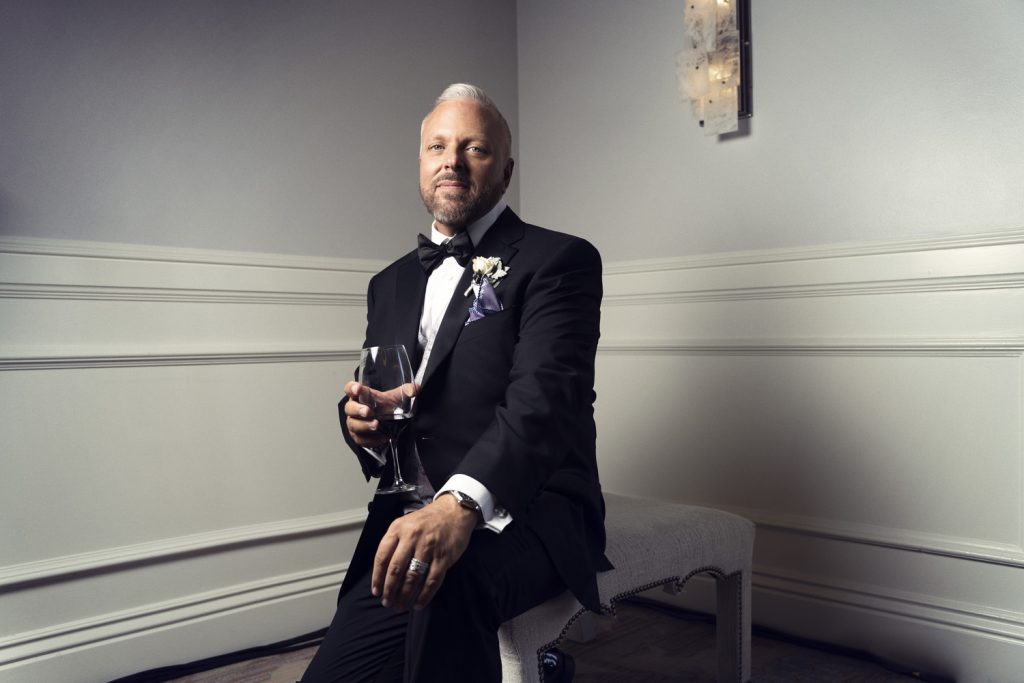 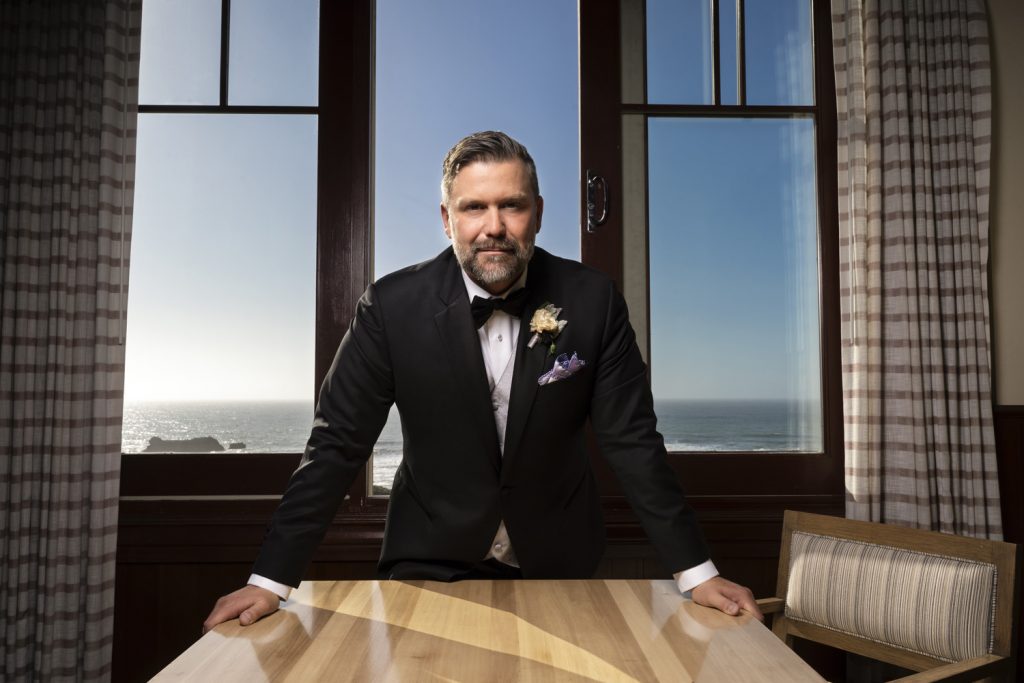 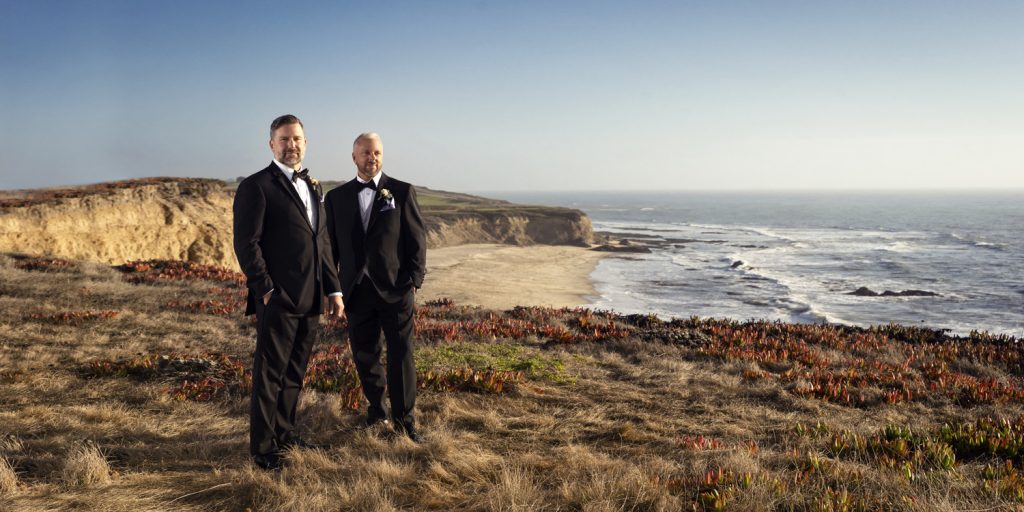 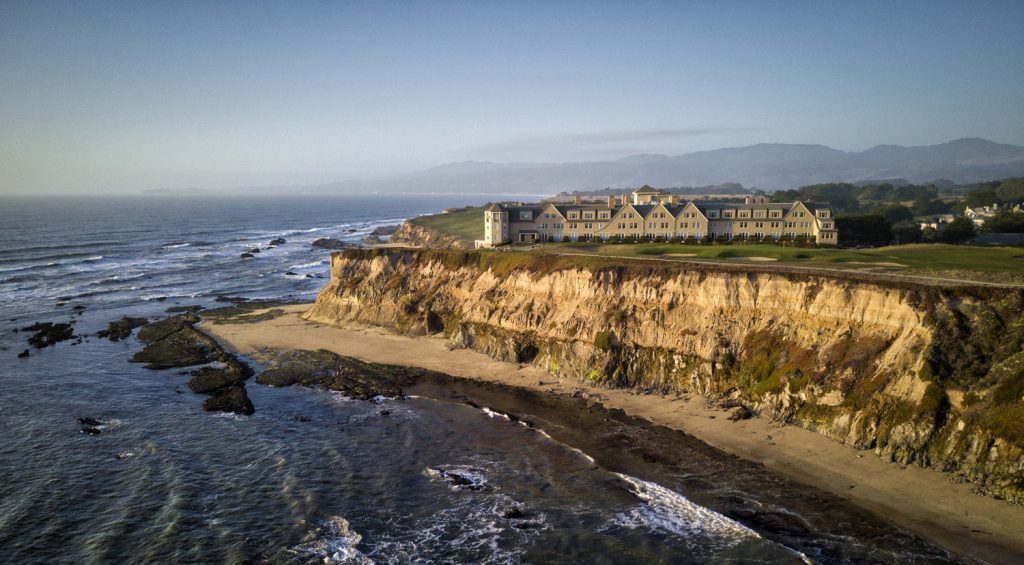 Stefan and Christopher were on vacation in Kauai when a sudden impulse drew Stefan to make a visit to a craft store. There, he made one purchase: A wood ring, a symbolic gesture for the couple’s 14-year relationship.

“We then went for a walk on the beach. Stefan started asking a bunch of questions relating to our relationship, our longevity, our lives together,” Christopher fondly recalls. “Then, out of the blue, Stefan asked, ‘will you marry me?’”

Christopher’s answer was swift and sure: Yes.

It didn’t take long before the couple decided where they would celebrate their union. The Ritz-Carlton, Half Moon Bay was a favorite spot for the two, and they knew it was the perfect place to commemorate. “We would drive down there on a whim and just relax,” the couple says. “There was no other choice even considered.”

Stefan, a senior vice president at Prodege LLC, and Christopher, a luxury realtor, also knew that they wanted the big day to coincide with their October anniversary – which gave them just mere months to plan. Luckily, they already had a vision in mind: An elegant, classic celebration in their favorite place with their favorite people. They entrusted event designer Amy Burke and wedding planner Sophie Lelievre to bring their imagination to life. The flowers were the first endeavor, and once the couple found a bouquet they liked, the rest of the day’s design unfolded from there.

Four months later, Stefan and Christopher exchanged their vows under a crisp, clear blue sky on a cliff overlooking the Pacific Ocean. Dollops of pale pink, yellow, and white petals carpeted the aisle like an abstract painting. Stunning, dramatic floral arrangements in hues of pale pinks, deep reds, and buttercream flanked the altar.

The grooms sported matching black tuxedos paired with pale purple pocket squares and white boutonnieres. Tucked away in each of their pockets was a nod to tradition: A coin dating to the early 1900s, plus a dollar that each borrowed from the other. For their “something blue” and “something new,” the duo purchased watches with blue faces.

The bridal party – which included the couple’s son and daughter as well as their co-parents – donned pale gray suits and soft pink dresses. Stefan walked down the aisle accompanied by the couple’s children, who served as best man and woman. Having them by his side as he officially joined in union the love of his love is a memory he and Christopher treasure forever.

The couple also shared special gifts with their bridal party. To the groomsmen, Stefan and Christopher gifted 18-year-old scotch, a reference to the number of years the couple has known each other. The groomswomen were gifted silver bracelets from Tiffany.