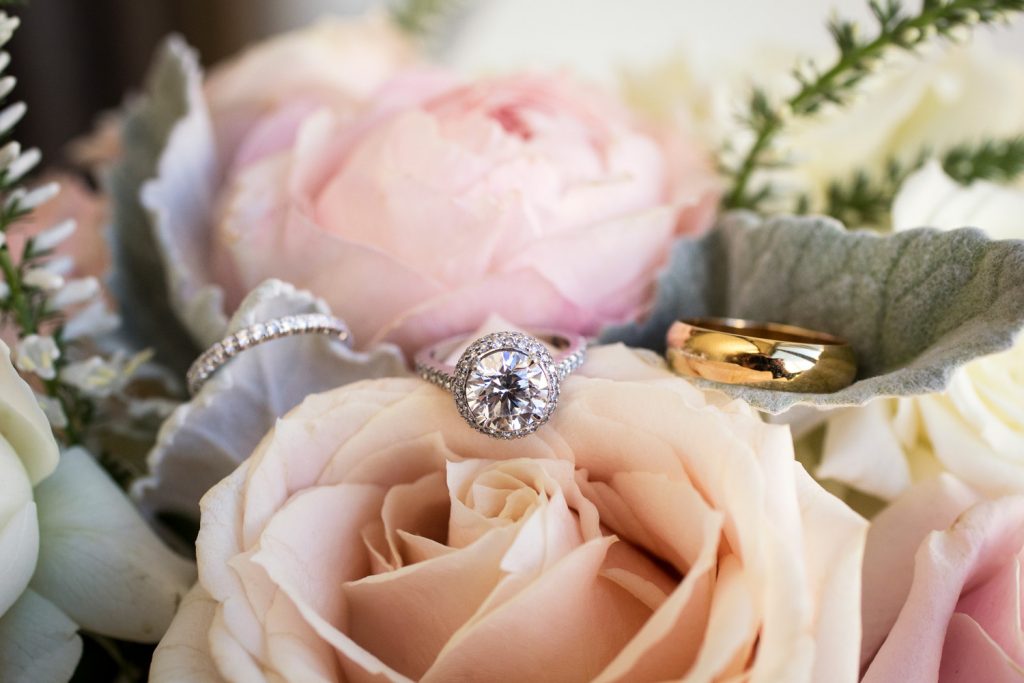 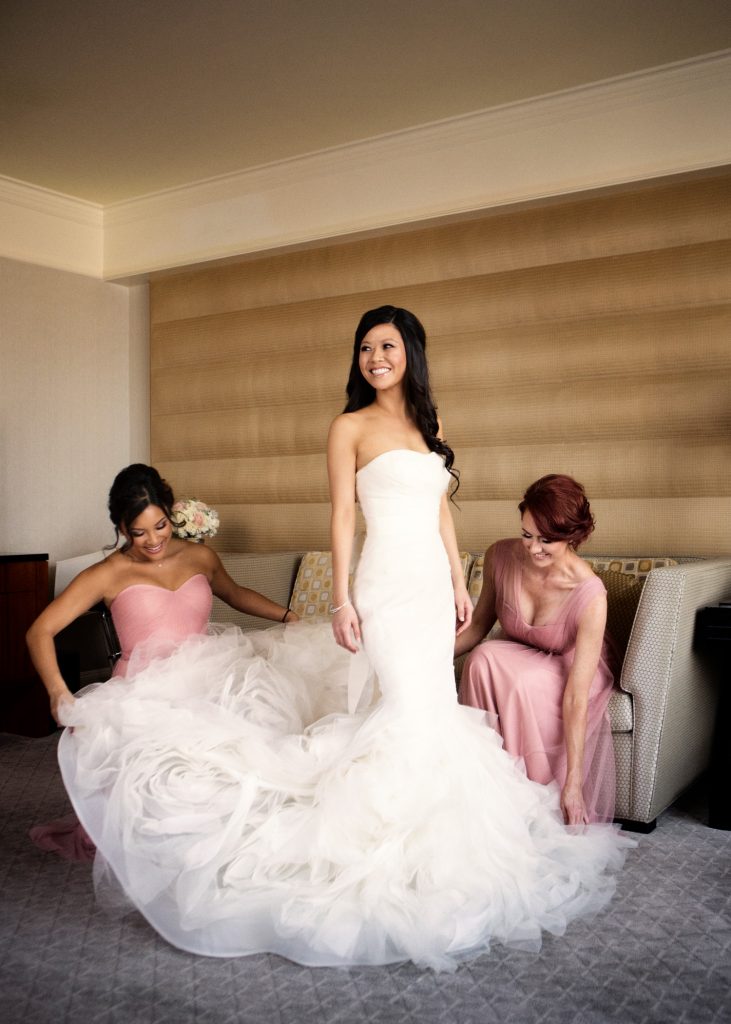 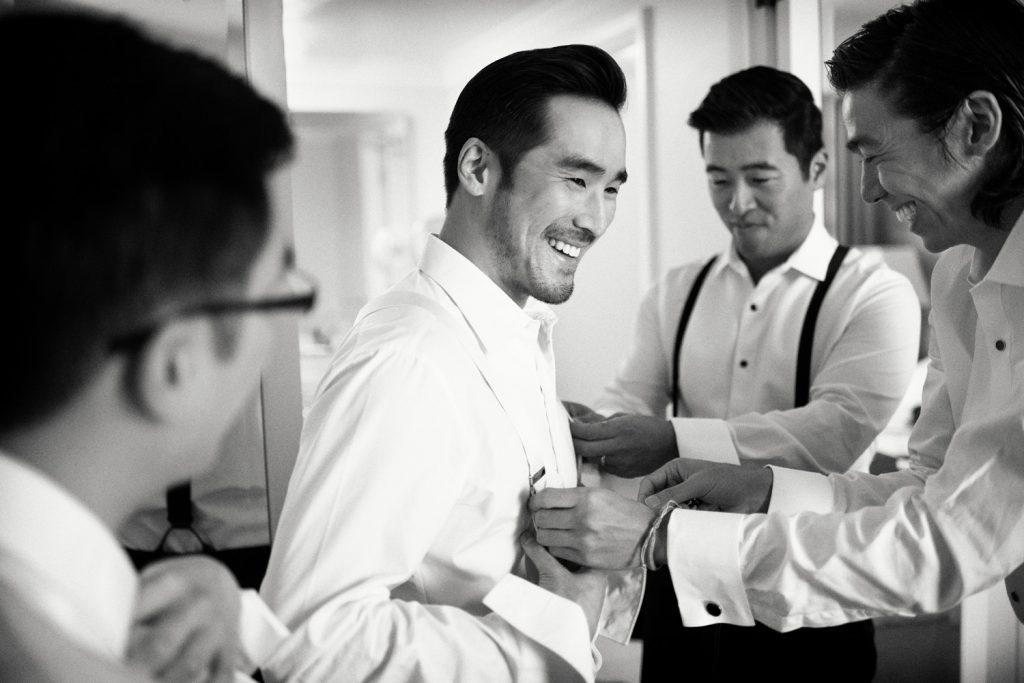 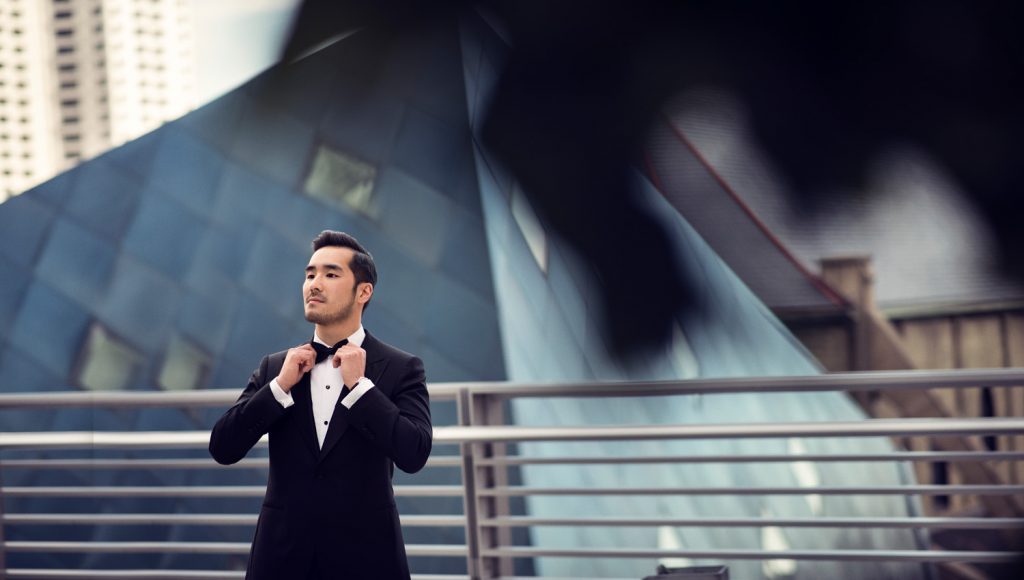 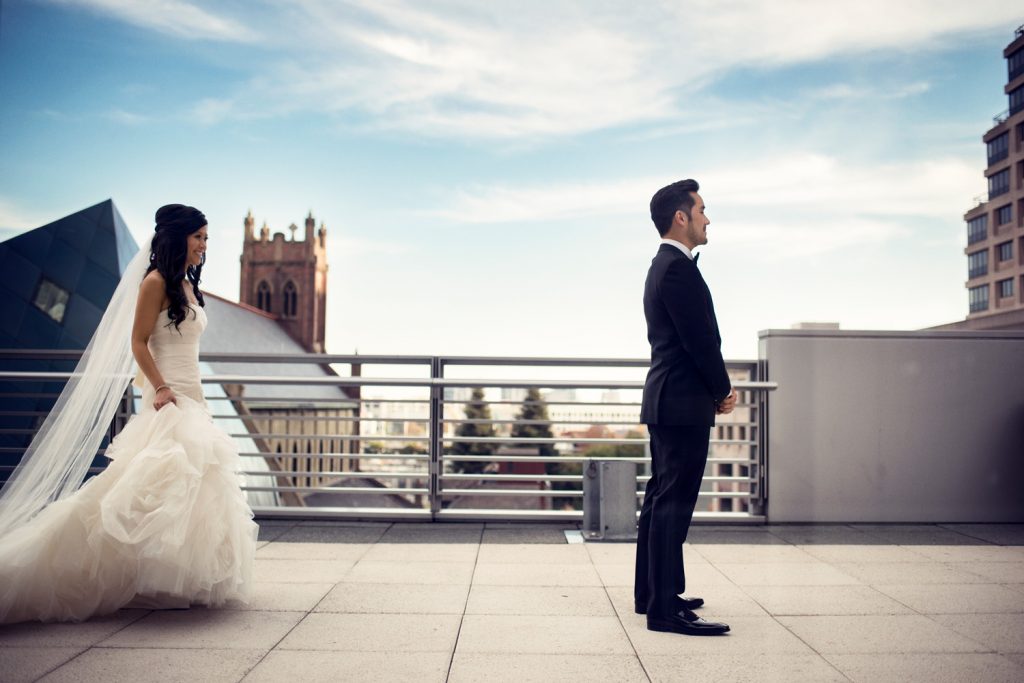 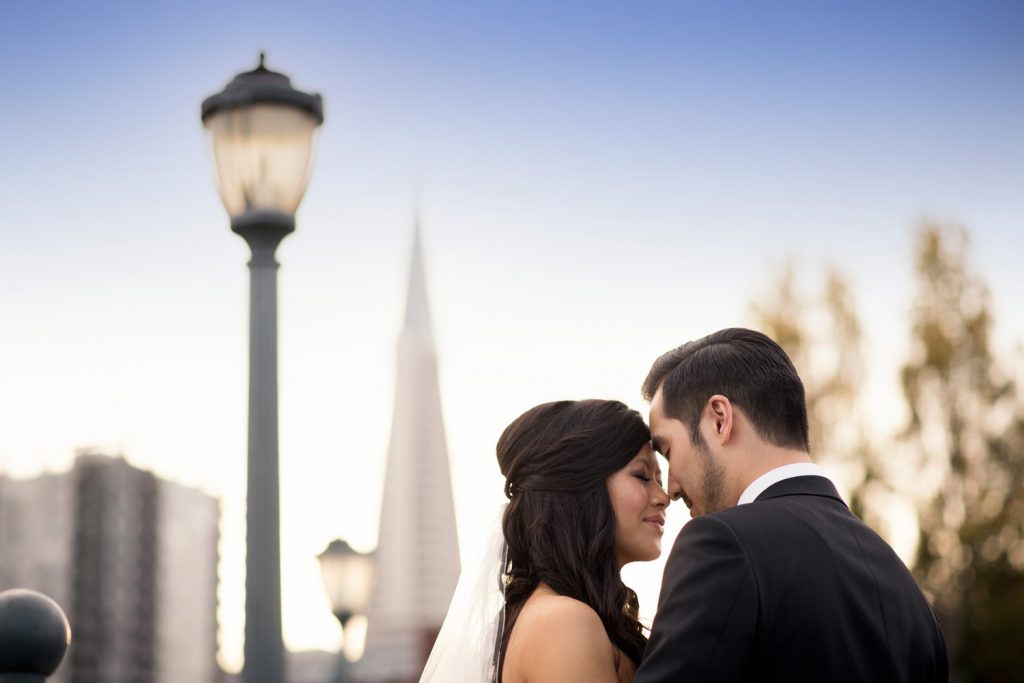 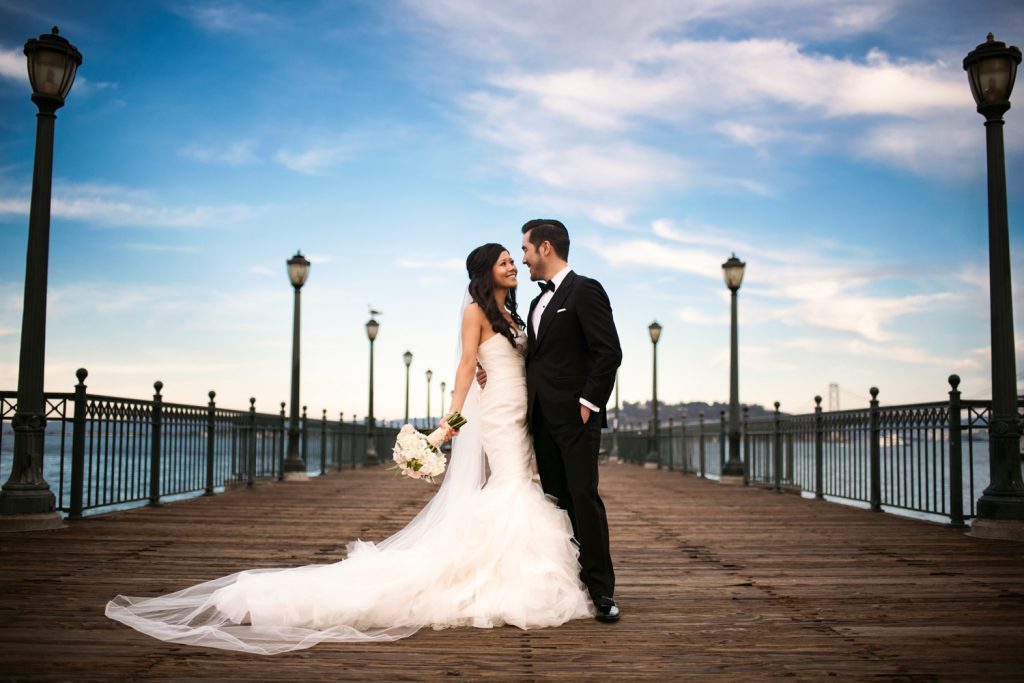 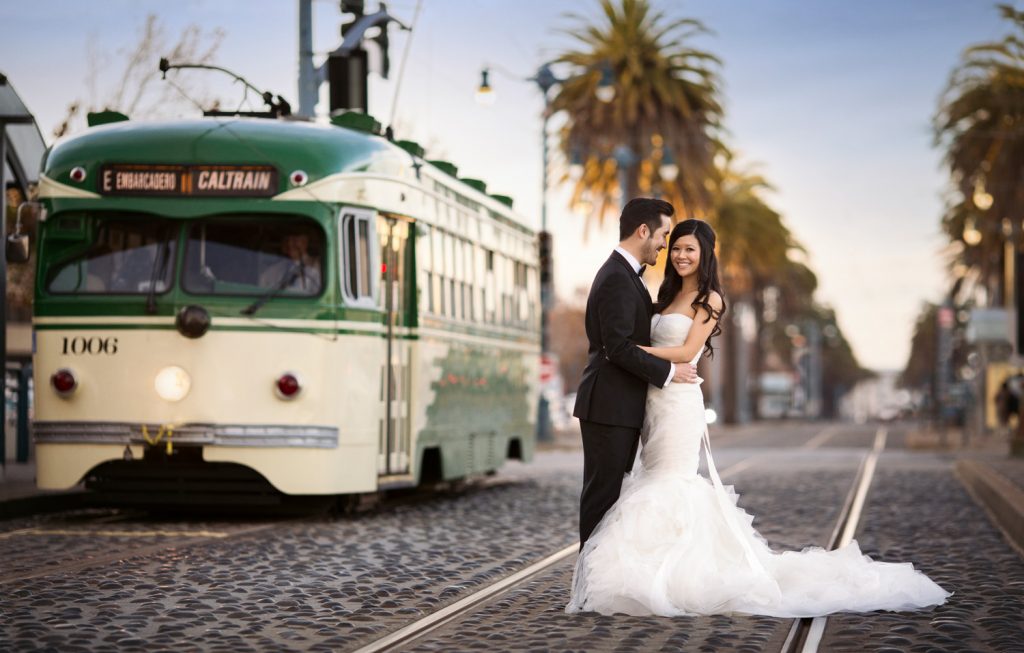 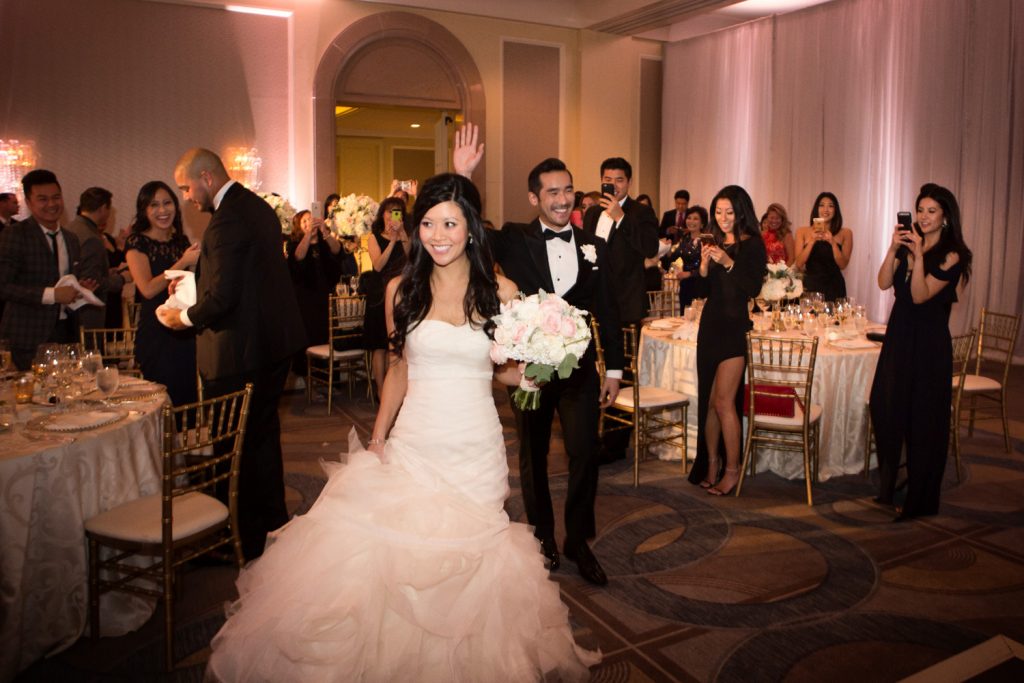 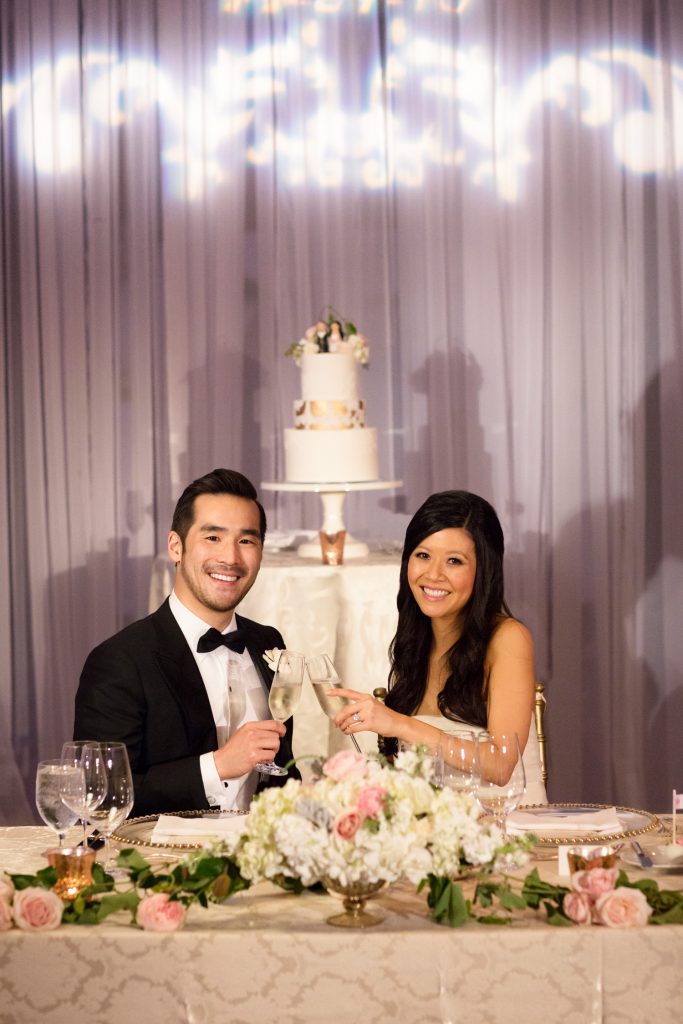 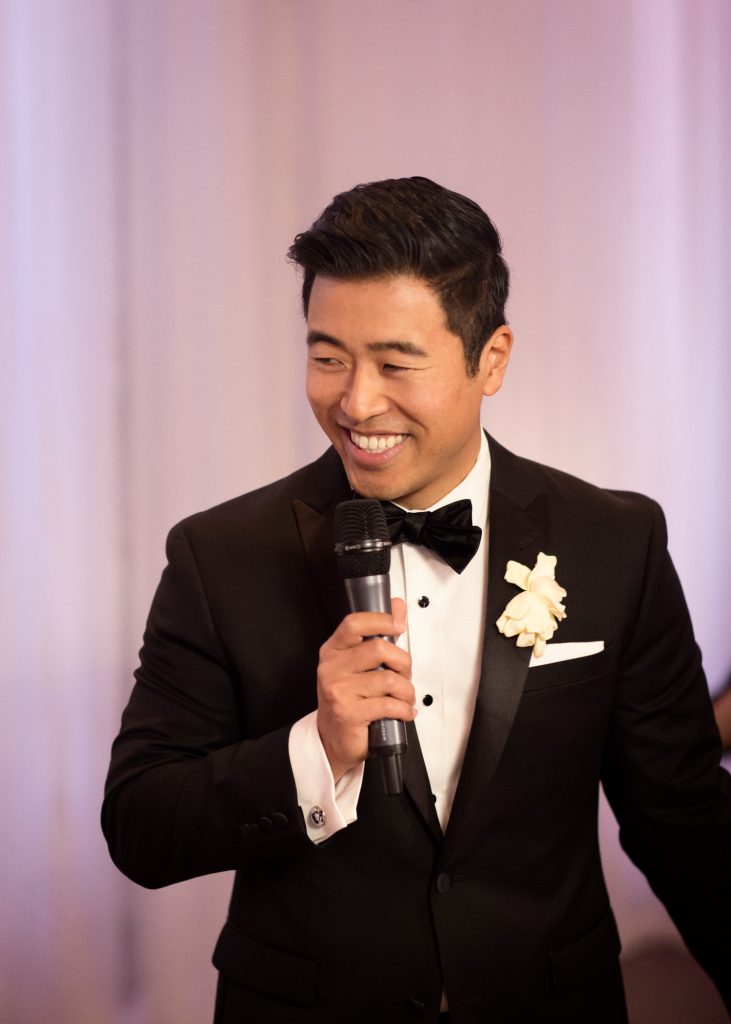 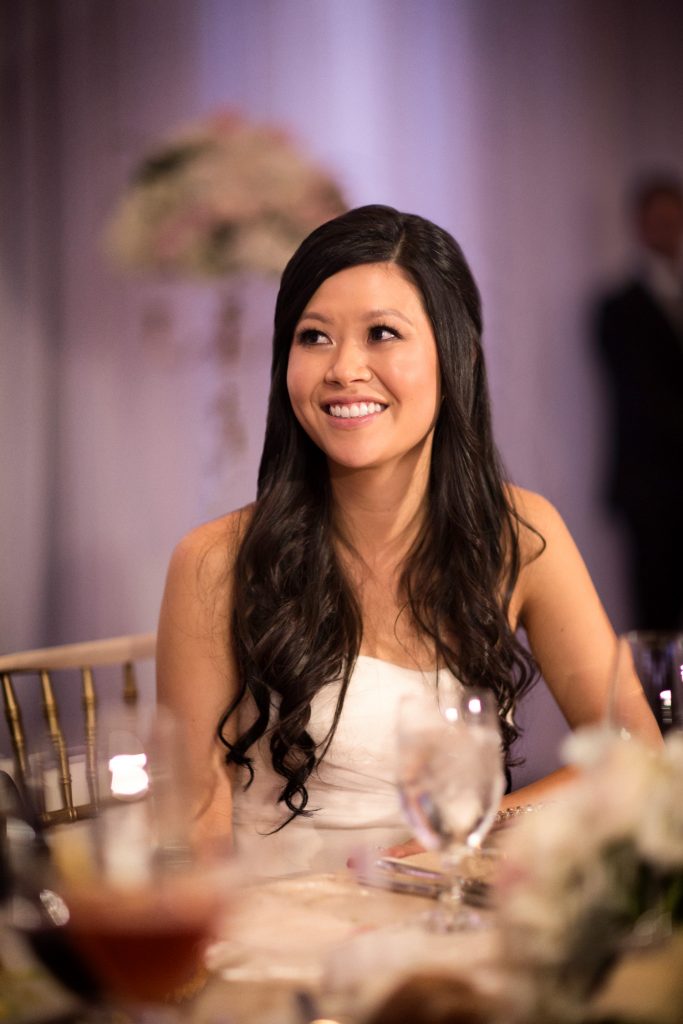 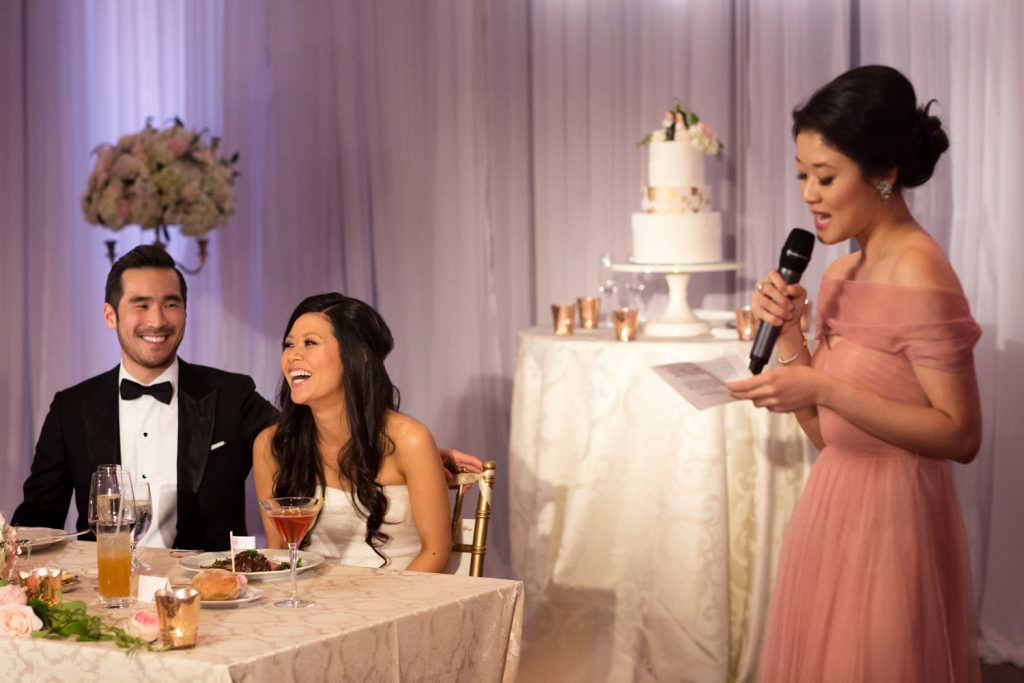 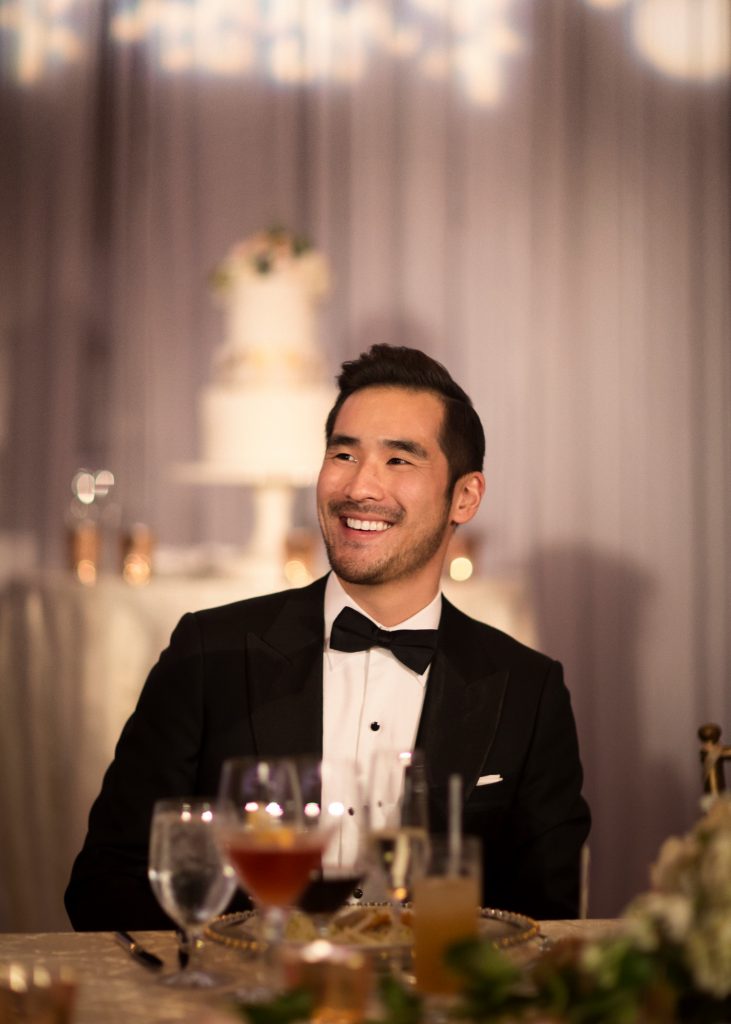 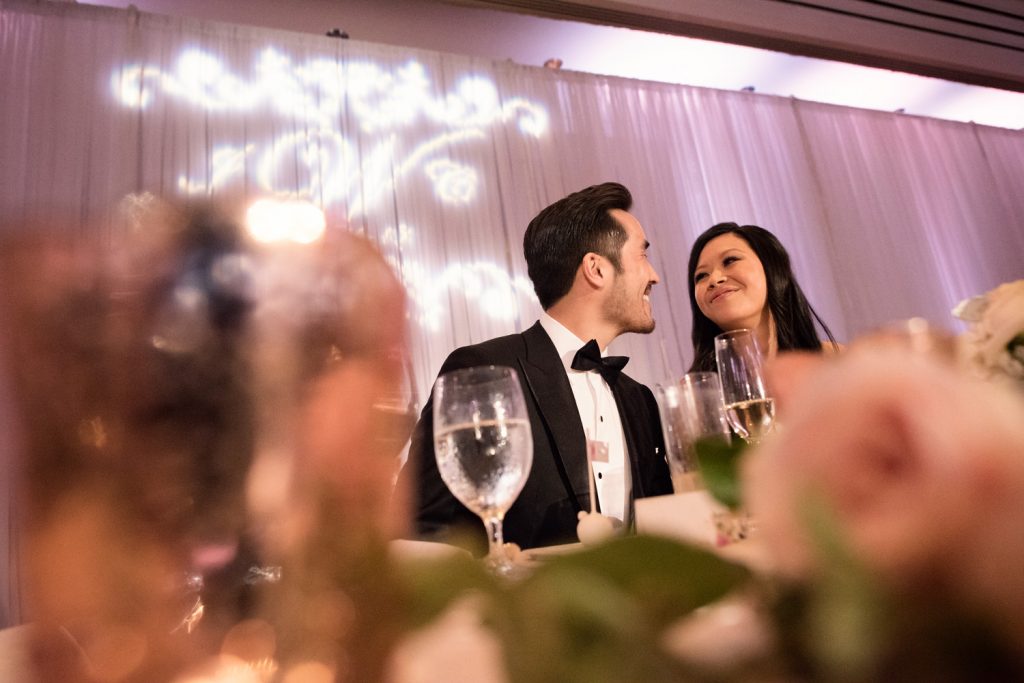 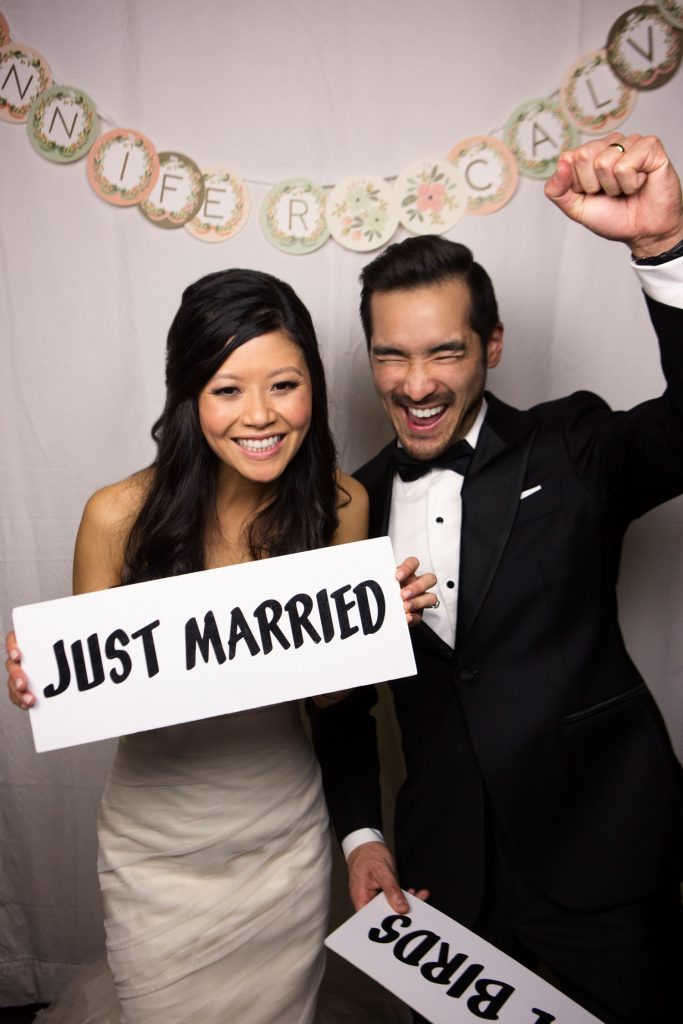 The forces of fate were at work even before Jennifer and Calvin exchanged a single word. Both lived in San Francisco, and both shared a handful of mutual friends, so it seemed to be destiny that the two would eventually meet. Thanks to a stroke of serendipity—plus, a simple friend request on Facebook—the two finally met face to face, and the rest was history.

As the couple took a stroll through the beautiful Getty Villa, Calvin dropped down on one knee and asked Jennifer to be his wife. Needless to say, anelated Jennifer accepted the ring, designed by Amir H.Mozaffarian. The couple couldn’t imagine celebrating their November nuptials anywhere else than San Francisco, the very city that brought them together.“It was where we first met, had our first date, and where we lived for three years,” the duo says fondly.

Jennifer and Calvin turned to the talented team at Chloe+Mint to create the regal, elegant affair that they envisioned for their big day. With the Veranda Ballroom at The Four Seasons Hotel offering a timeless venue and breathtaking city views, a sophisticated, romantic scene unfolded. The bride walked down the aisle in an ethereal mermaid gown by Vera Wang. The look was finished off with Nadri jewelry and Swarovski-encrusted Jimmy Choo shoes. Her bridesmaids wore floor-length blush dresses by Jenny Yoo. The groom donned a classic black suit by Suitsupply, along with Salvatore Ferragamo shoes and a vintage Rolex watch passed down to him from his grandfather. His groomsmen sported black suits to match the groom.

For the reception, Chloe+Mint brought to life a Parisian-inspired fête influenced by two unforgettable settings: the stunning Hall of Mirrors in the Palace of Versailles and the enchanting world of Baz Lurhmann’s The Great Gatsby. The ballroom was adorned with glamorous gold accents, votive candles and gilded Chiavari chairs, and soft hues of blush and white offered a touch of whimsy. For the Gatsby-inspired centerpieces, Tanjeeryn Designs created show-stopping floral displays placed in goldcandelabras.

The couple rounded out their celebration with fun, personal touches. As big believers in the motto of “eat dessert first,” the duo opted for quirky cake pops in lieu of traditional escort cards. For drinks, they served two cocktails named after the bride and groom: the “Belle of the Jenni-fire Ball,” a concoction of Fireball whisky, apple and cranberry, and the “Lord Woo,” a blend of bourbon, ginger beer, lime and maple syrup. As a nod to the city where they fell in love, the Golden Gate Bridge was subtly incorporated into the design of the 3-tier wedding cake.

The two shared a word of advice to other newly engaged couples: “After months and months of planning every excruciating detail, the big day unfolds surprisingly quickly. Trust in your vendors and find a coordinator that can make on-the-fly judgement calls on your behalf.

Meanwhile, take time as a couple to soak it all in and enjoy being surrounded by everyone who has come to celebrate your love!”

CLOSE
©2023 . ALL RIGHTS RESERVED. MADE BY FLOTHEMES