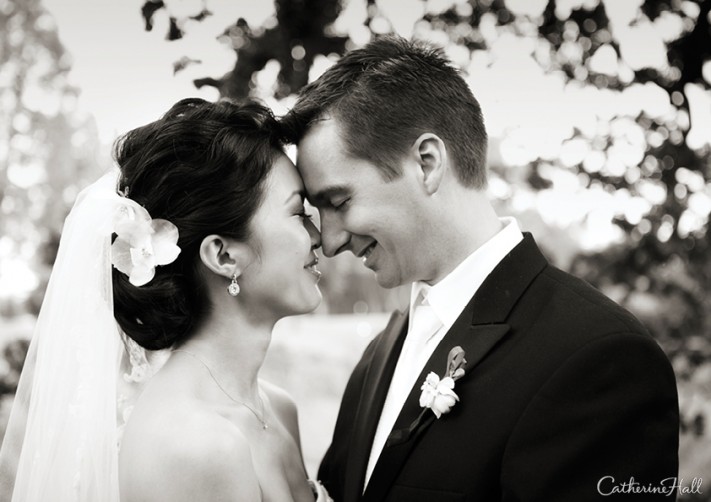 Every bride wants her wedding to be perfect – sometimes, however, the things that didn’t go quite as planned are often what makes each wedding unique. That’s certainly true for Katherine and Rob who exchanged their vows at the Silverado Resort last summer after a 5-year courtship. When Katherine tossed her fresh ivory bouquet, it hit a hanging lantern and landed straight on the grass instead of at the eager ladies in the wedding party – it drew a few laughs. Or, when the petulant flower girl refused to walk down the aisle – until her dad picked her up and lovingly scattered the petals for her.

Despite the quirky little challenges, the day couldn’t have ended in a more perfect fashion. After the ceremony, the bride and groom stole a private moment after the ceremony – ducking behind some trees, where Rob had a surprise in store. He had their rings engraved with the destination of their honeymoon and revealed it only on the wedding day! Here’s Katherine and Rob’s account of how they met:

“The story of how we met is ultra-geeky and seemingly scandalous. Kat was enrolled in a project-based engineering course at Stanford, and Rob was assigned to be the coach for her group (he had recently graduated but was working in the area). We discovered we had many things in common after spending a few late nights together in the SNF (that’s Stanford Nanofabrication Facility, not a coffee shop). Eventually, Kat began to notice that Rob would stop by her office a lot to “see how the project was going”, much more frequently than any other group’s coach. Likewise, Rob noticed that Kat would often call him for “advice about the project” or for help with “a car problem.” Despite the mutual attraction, we were careful to maintain a professional relationship during the course of the project (even though Rob had no say over Kat’s grade). On the last day of class (August 18, 2006), Rob asked Kat out on a date, and the rest is history :)” 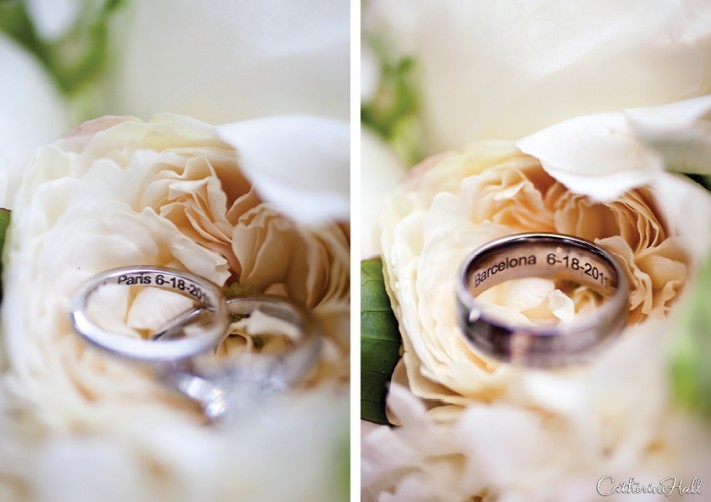 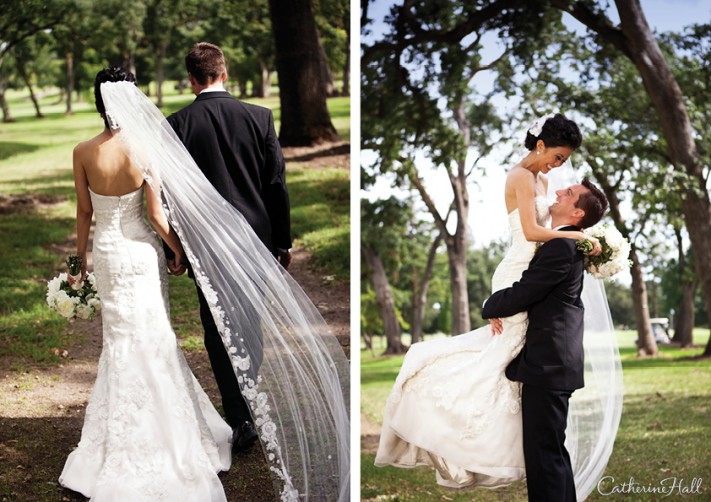 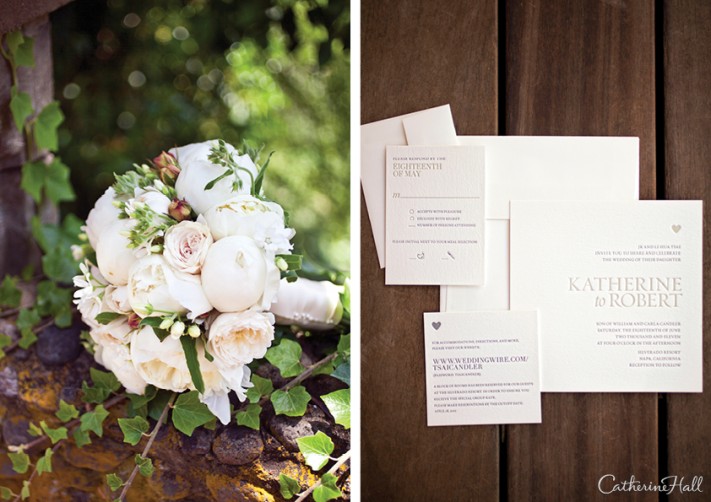 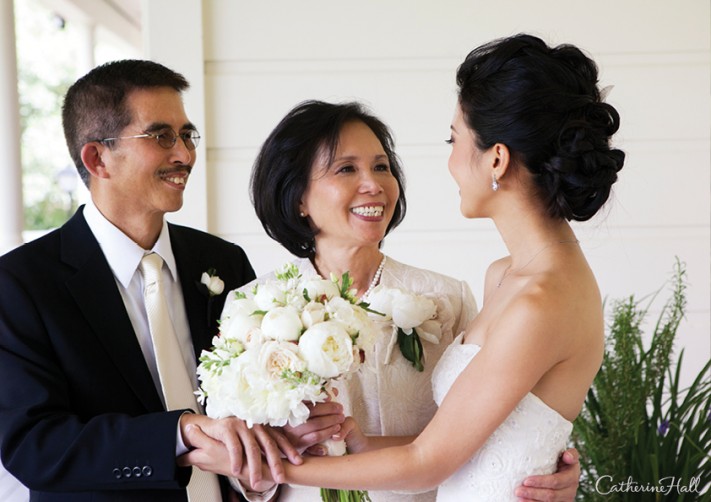 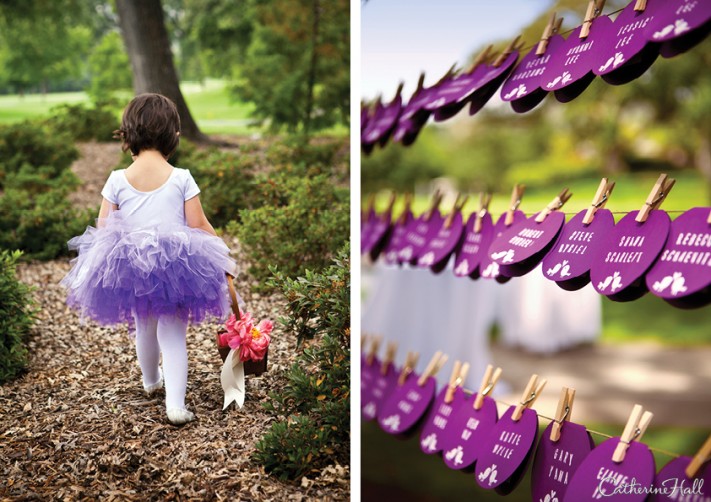 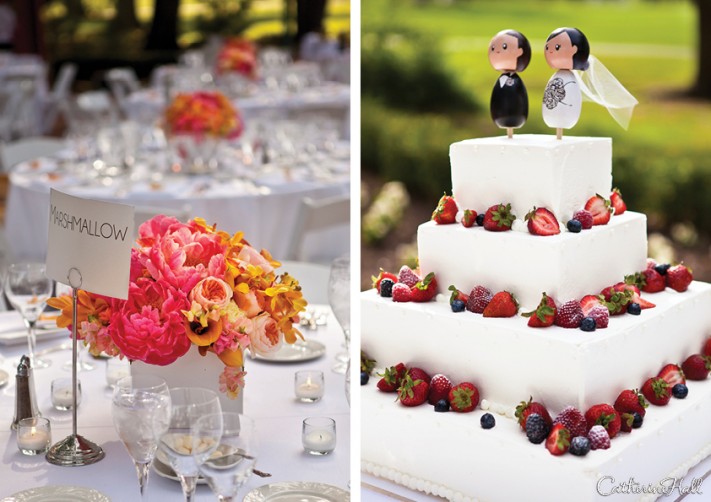 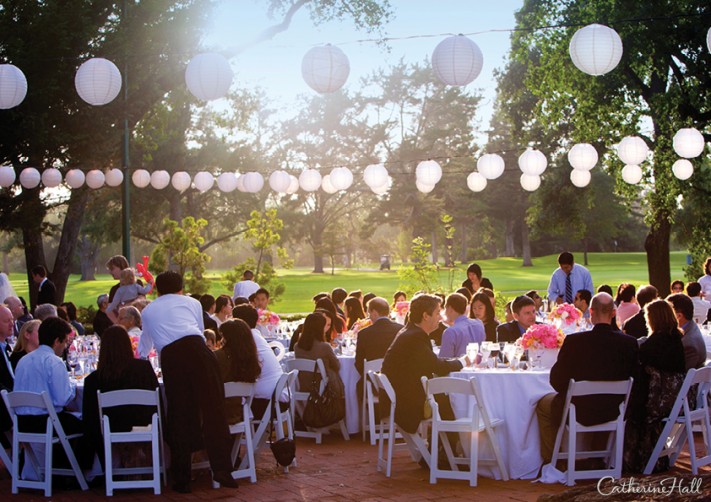 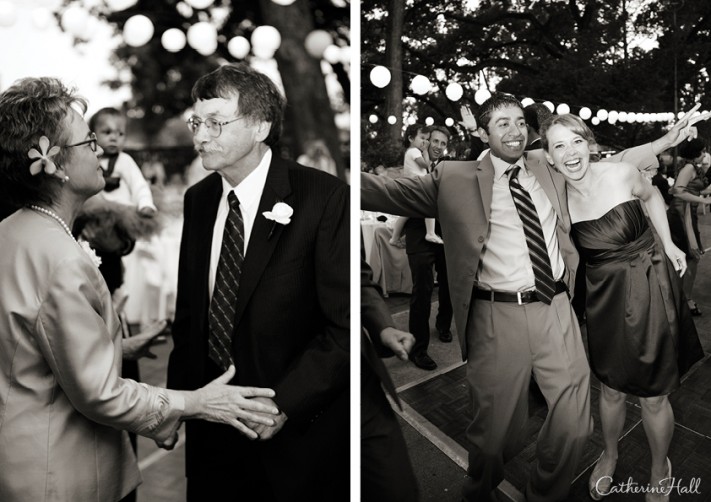 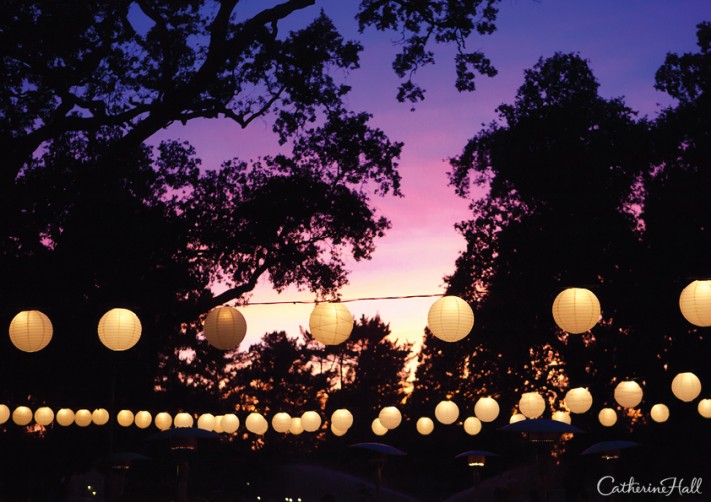