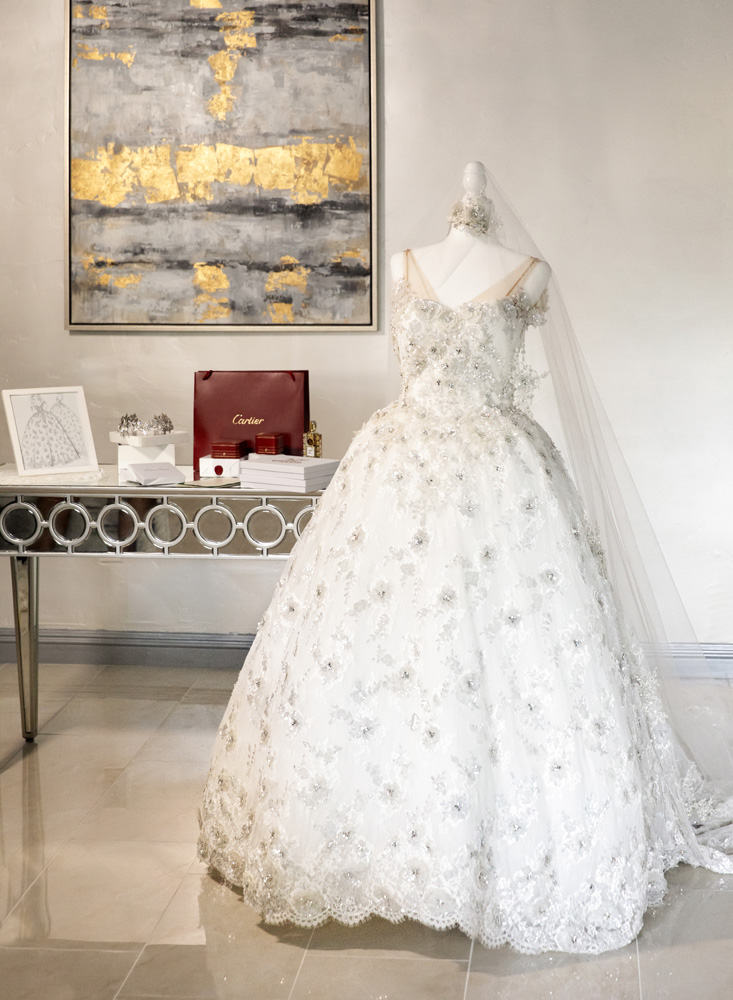 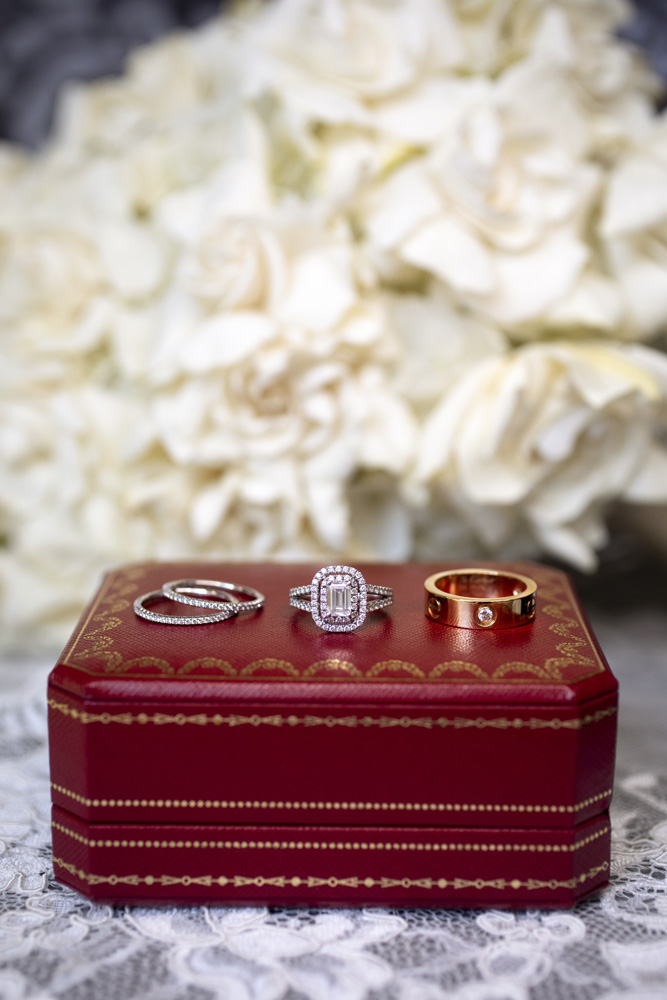 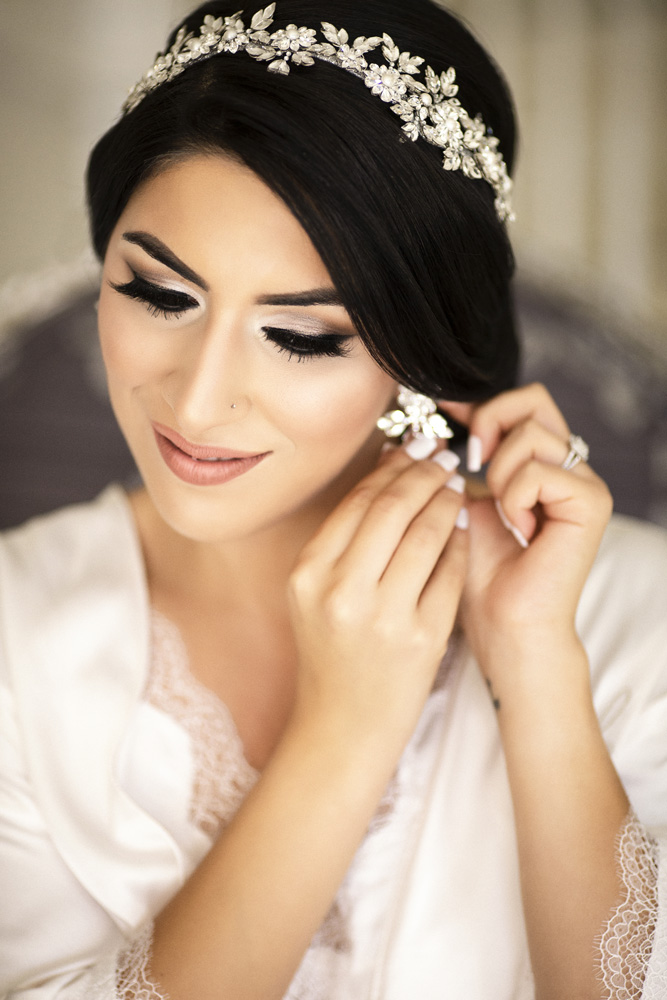 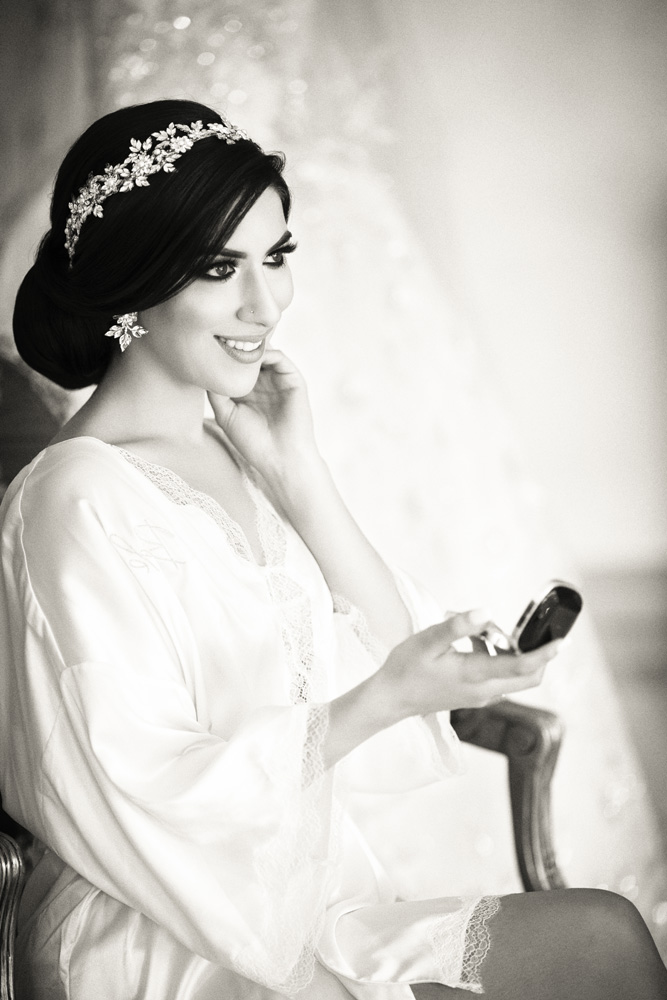 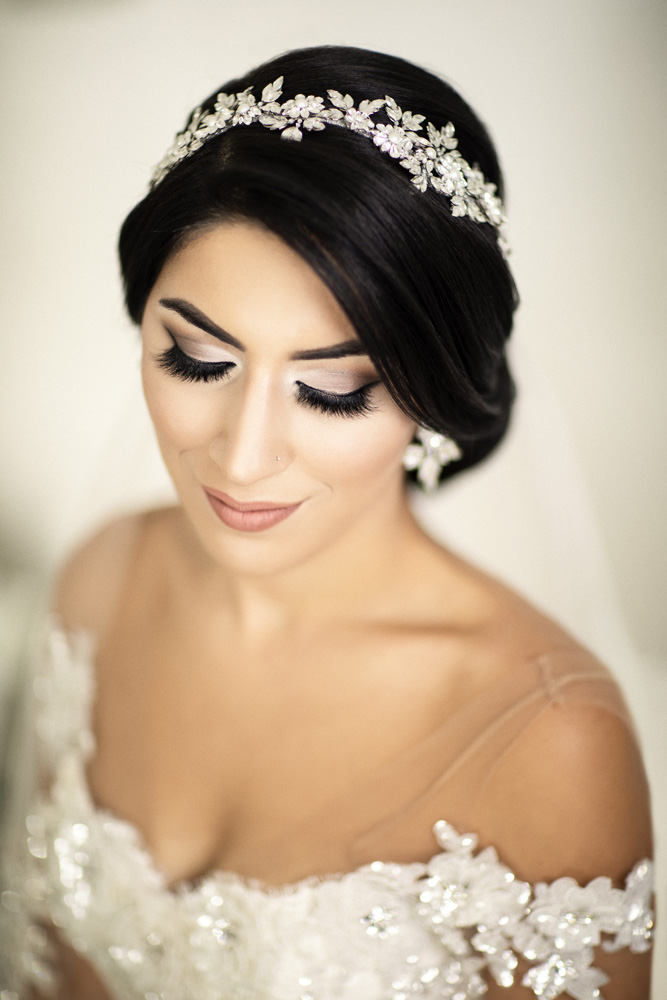 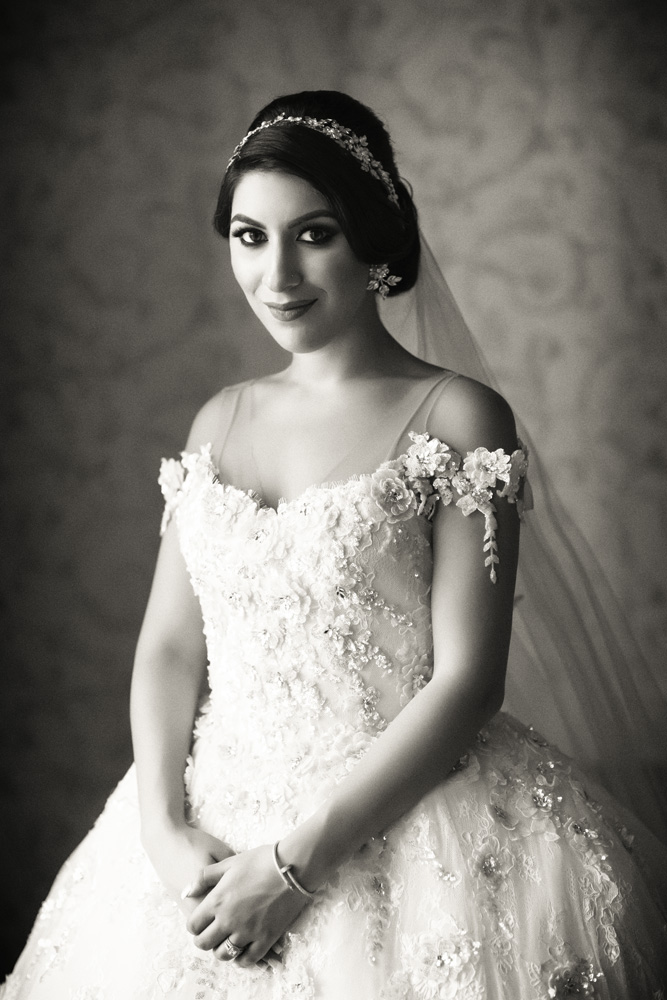 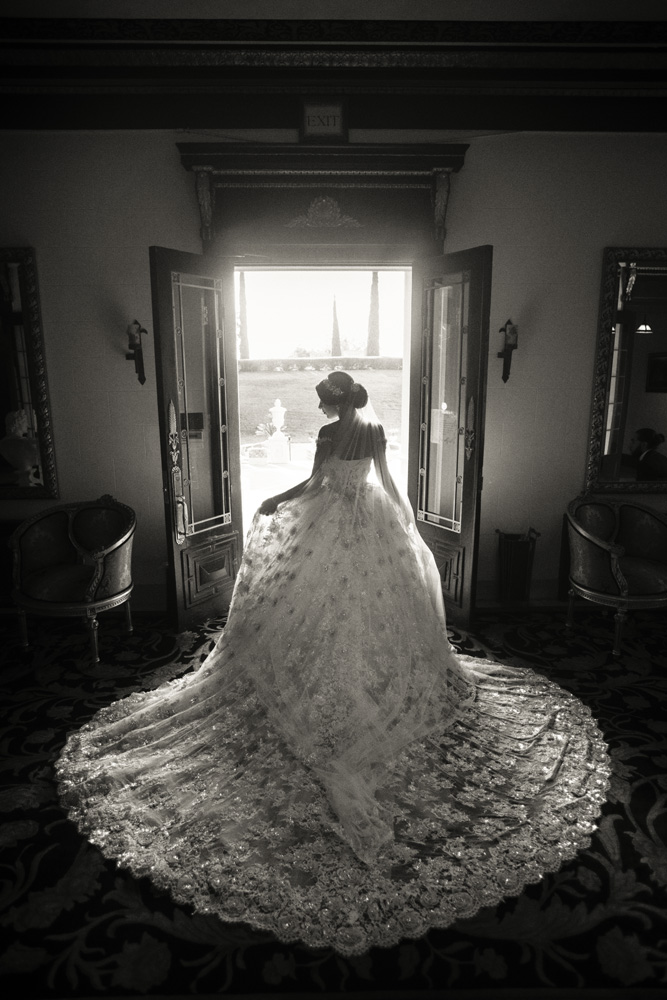 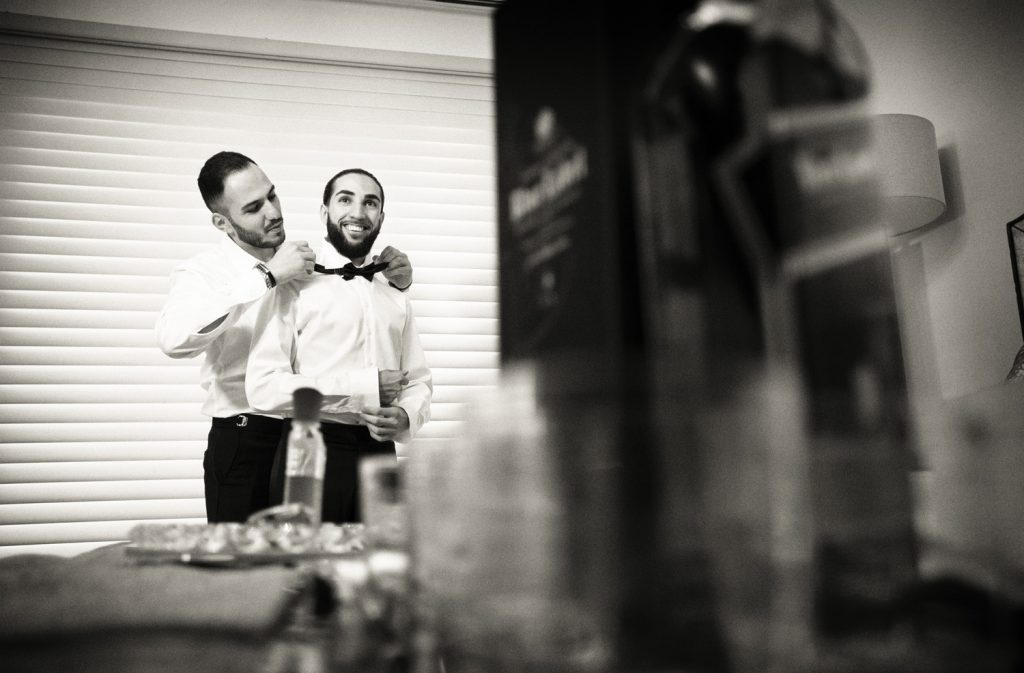 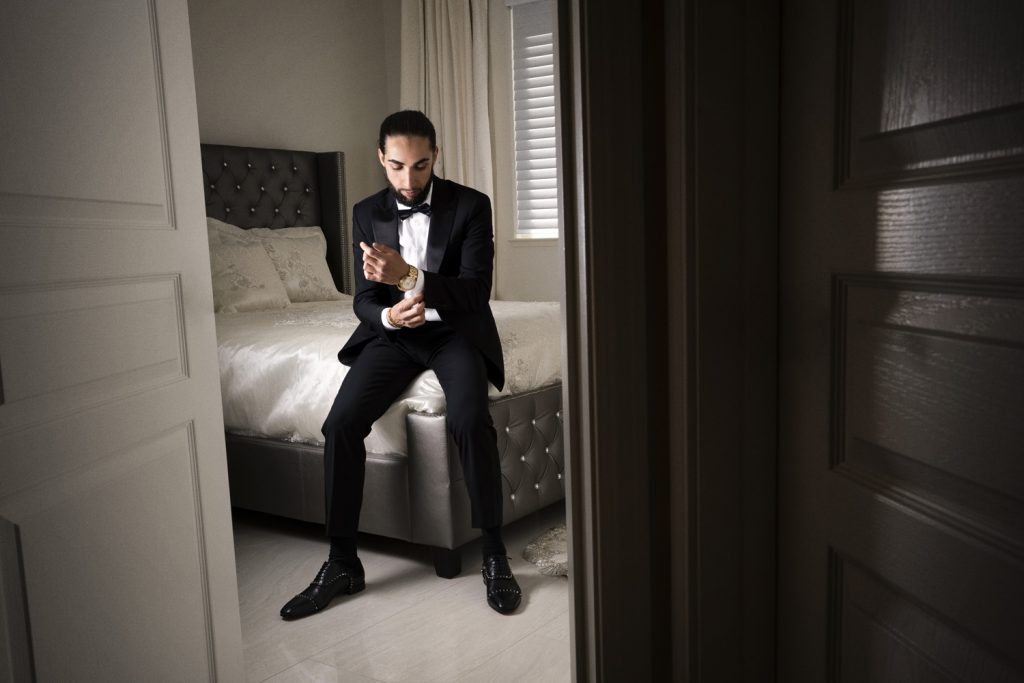 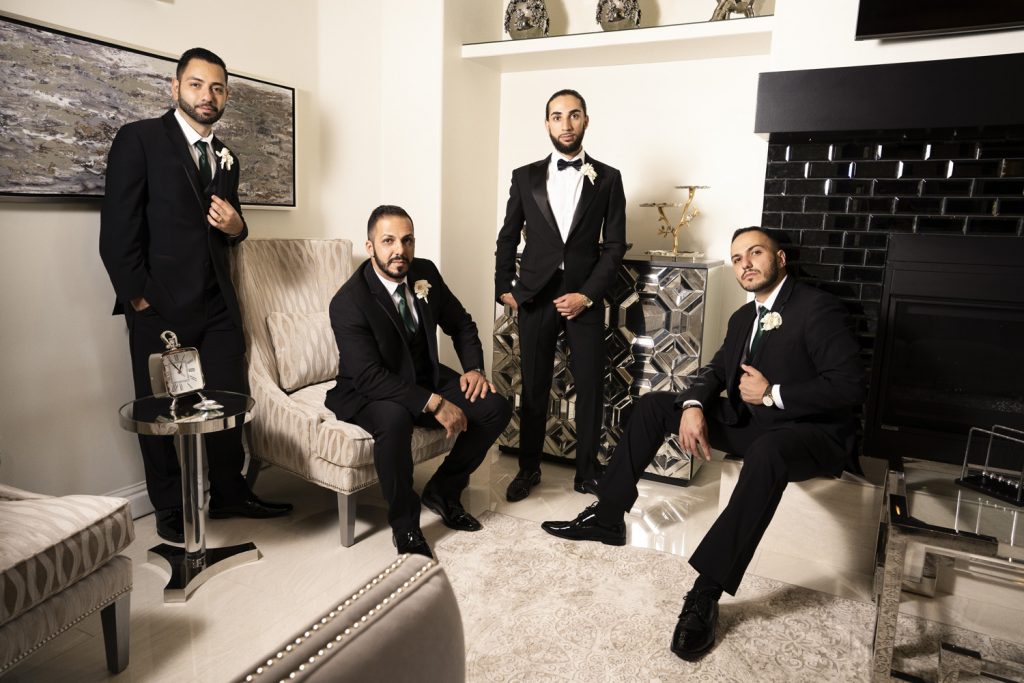 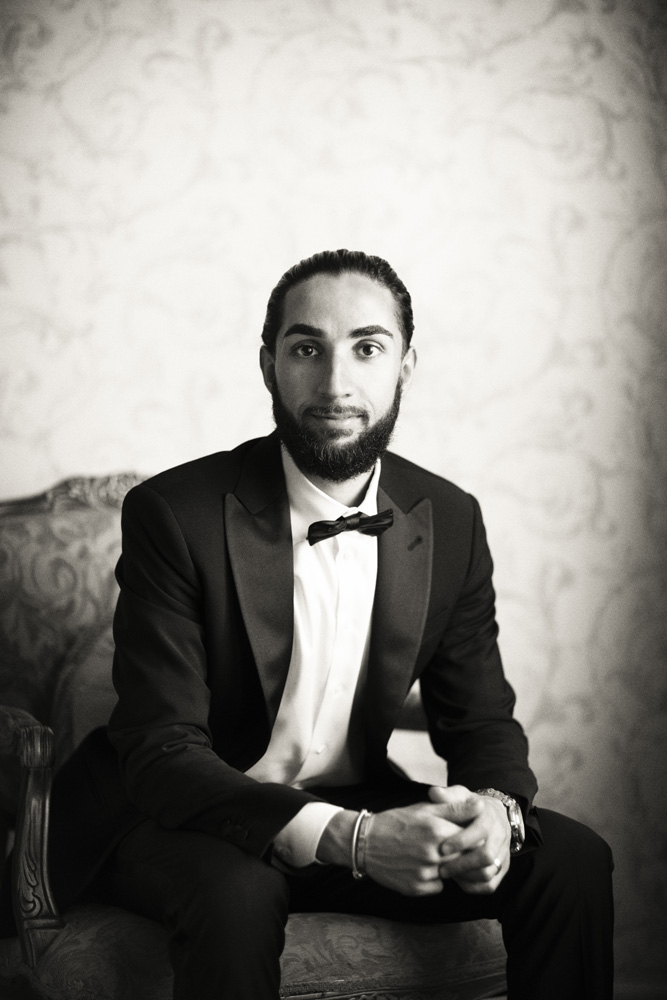 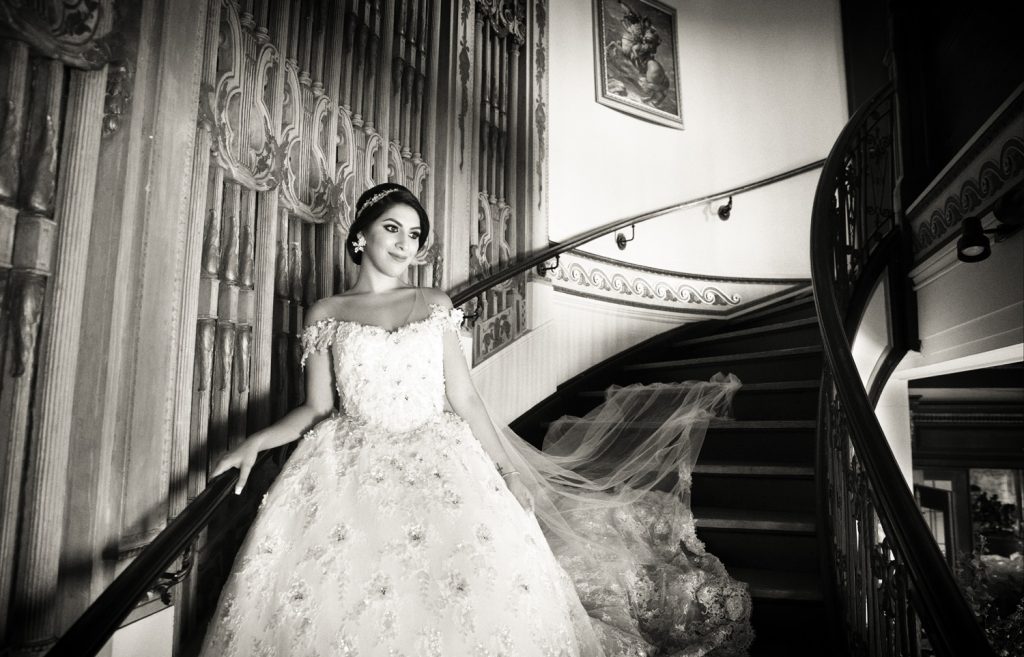 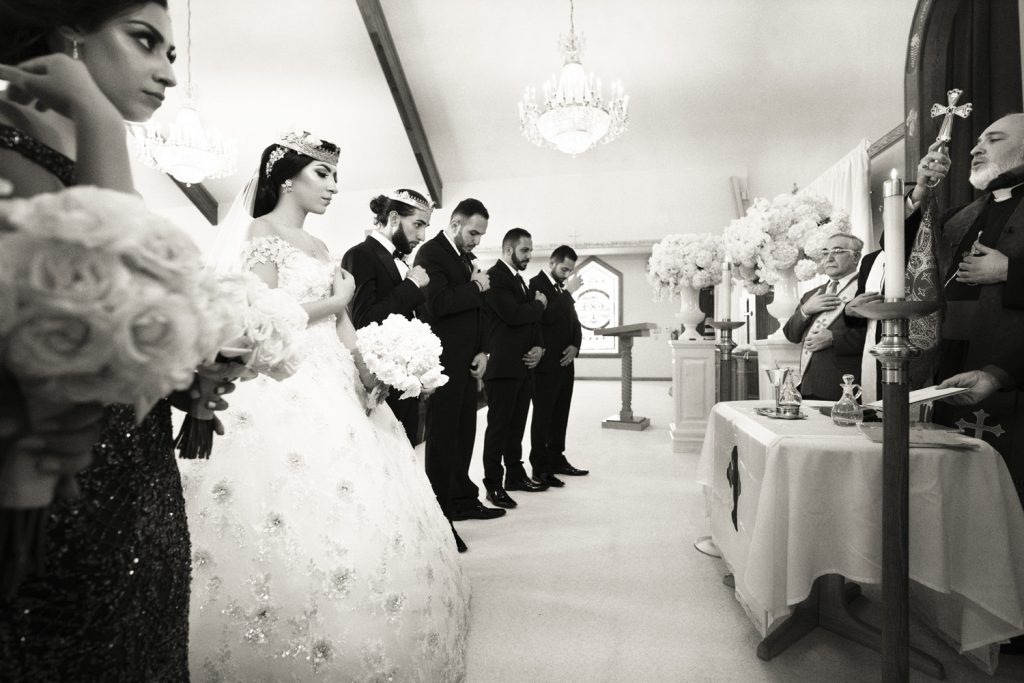 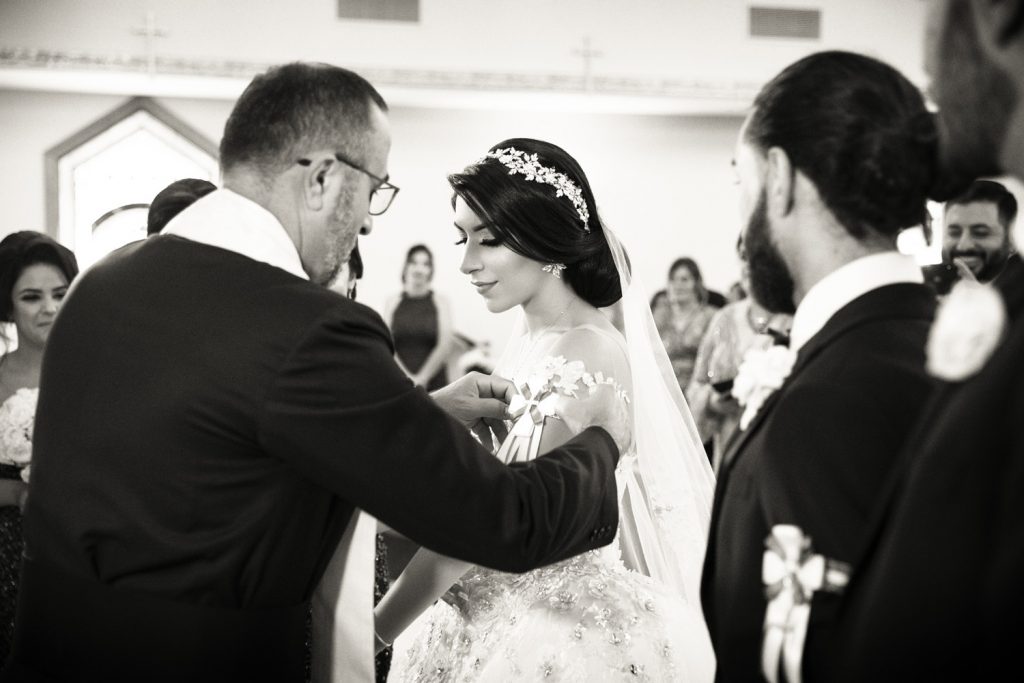 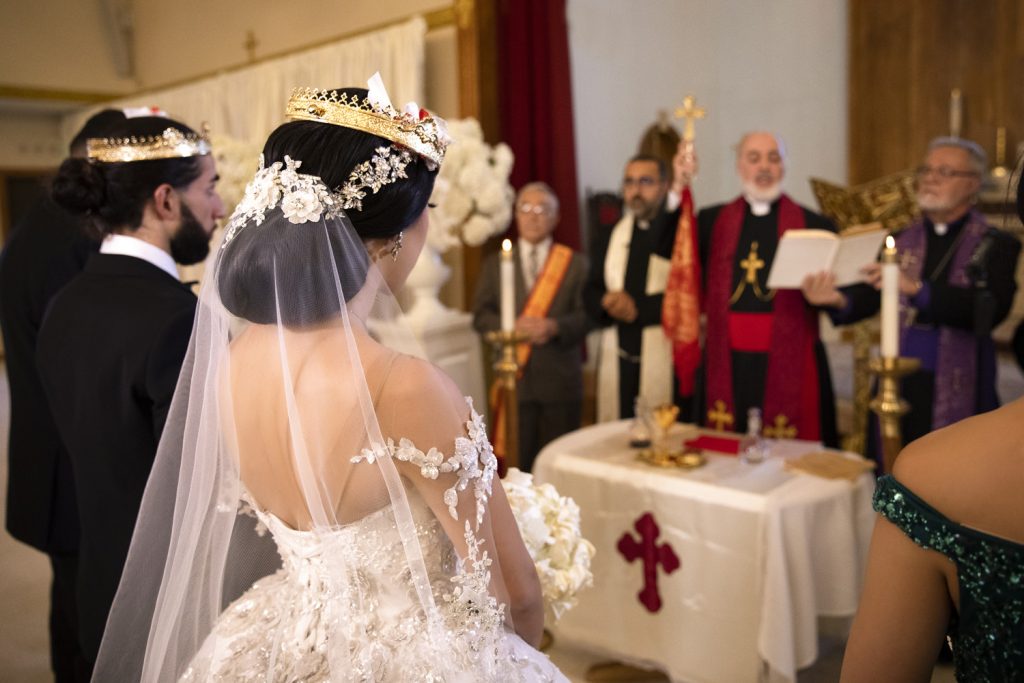 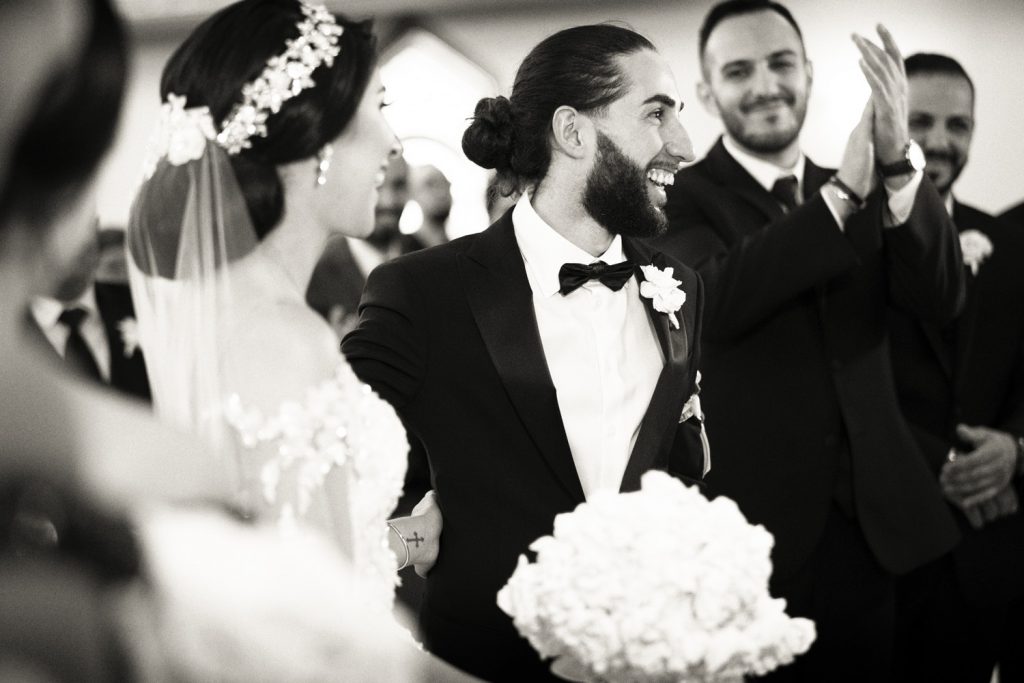 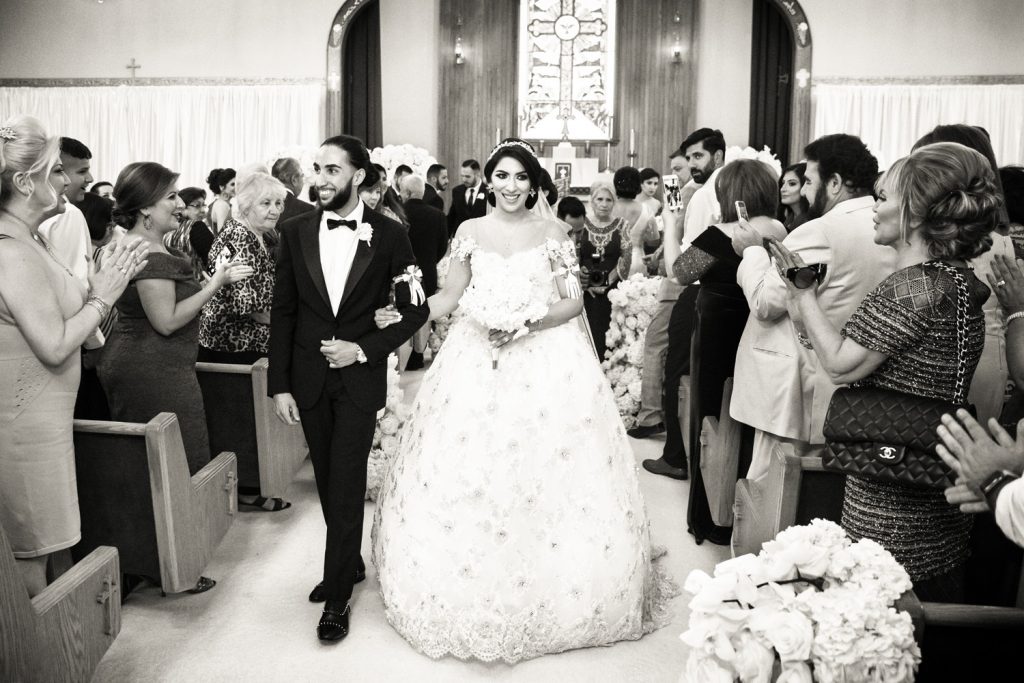 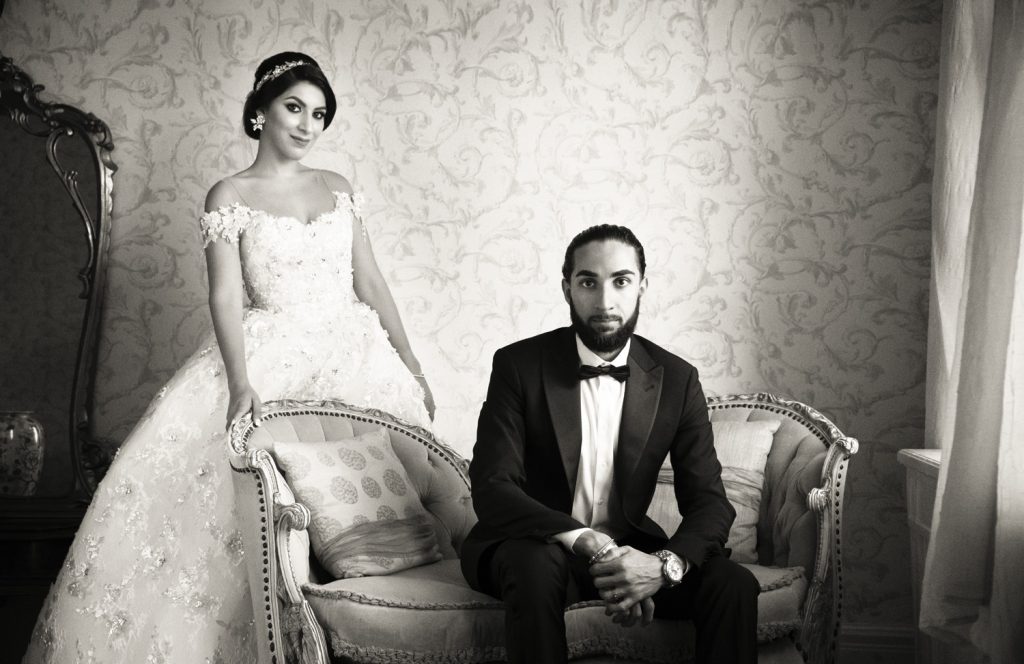 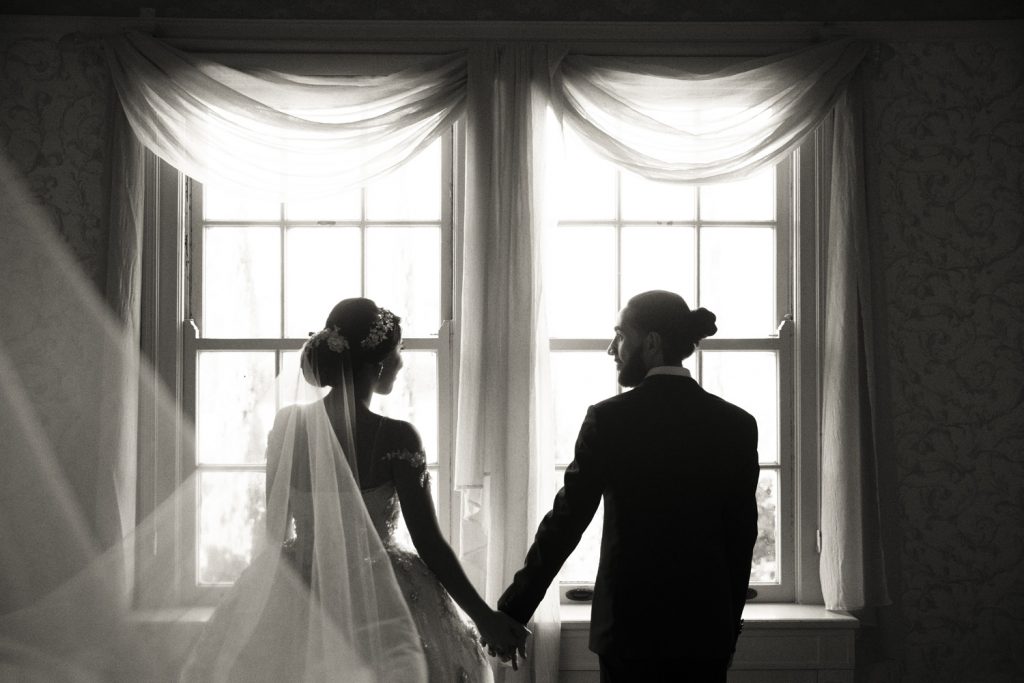 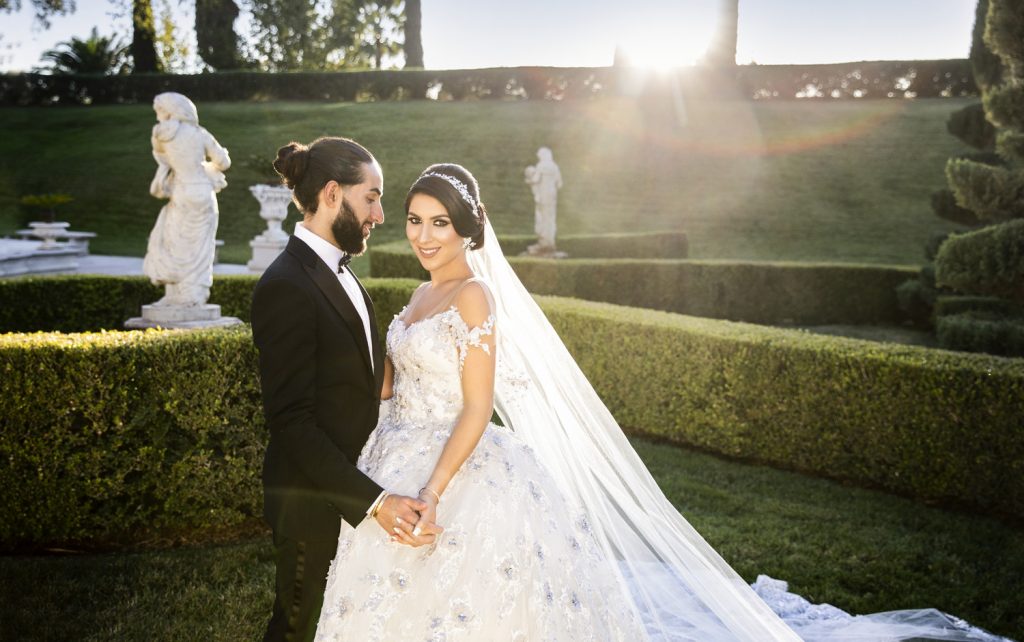 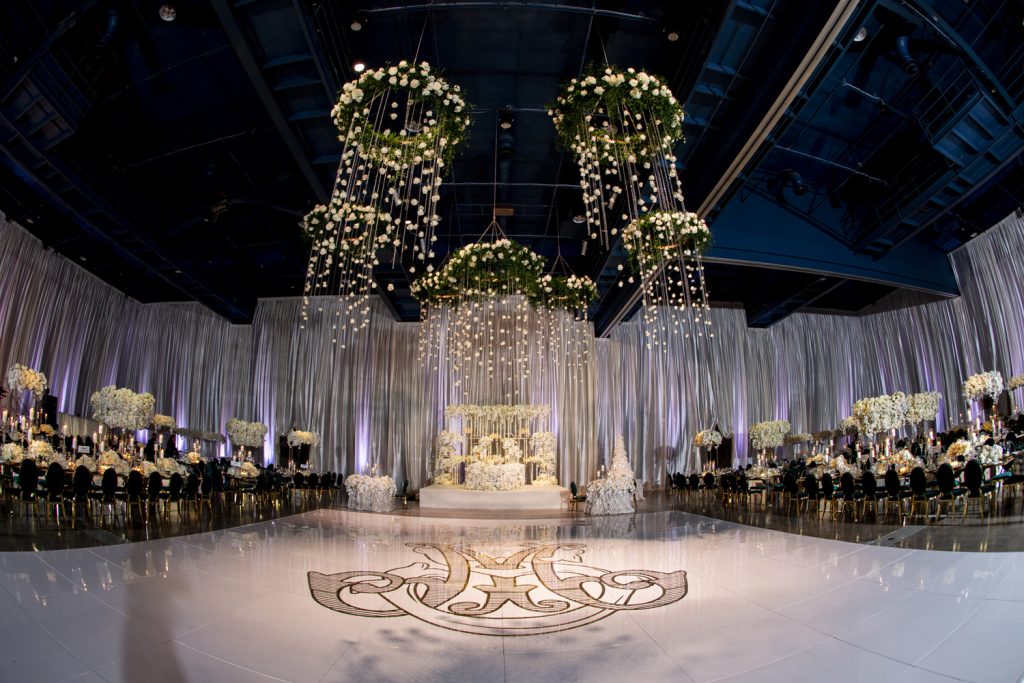 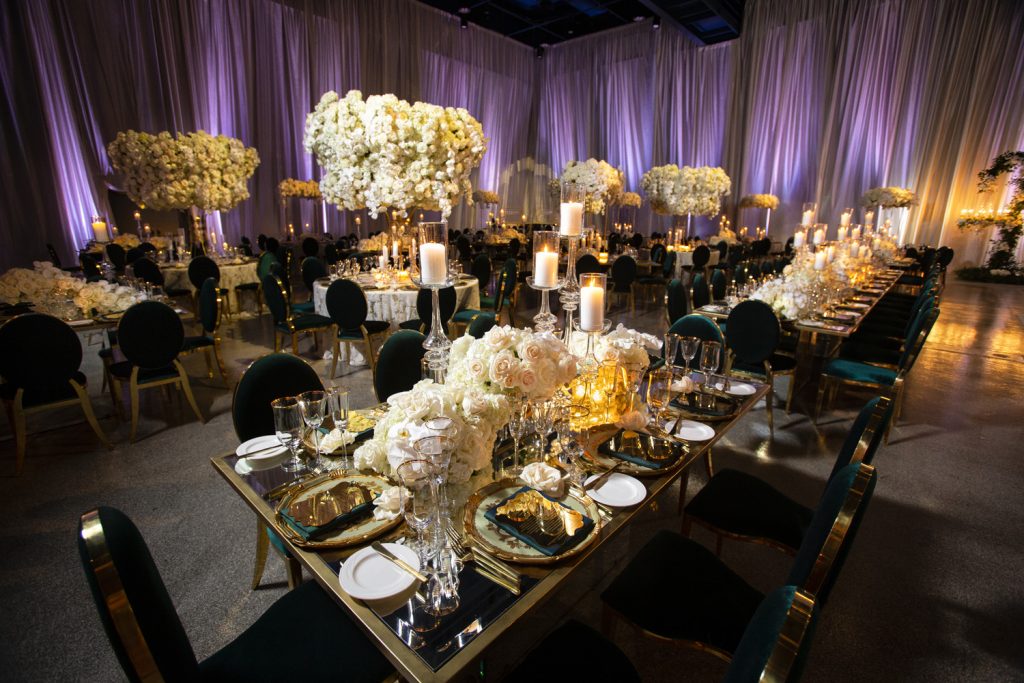 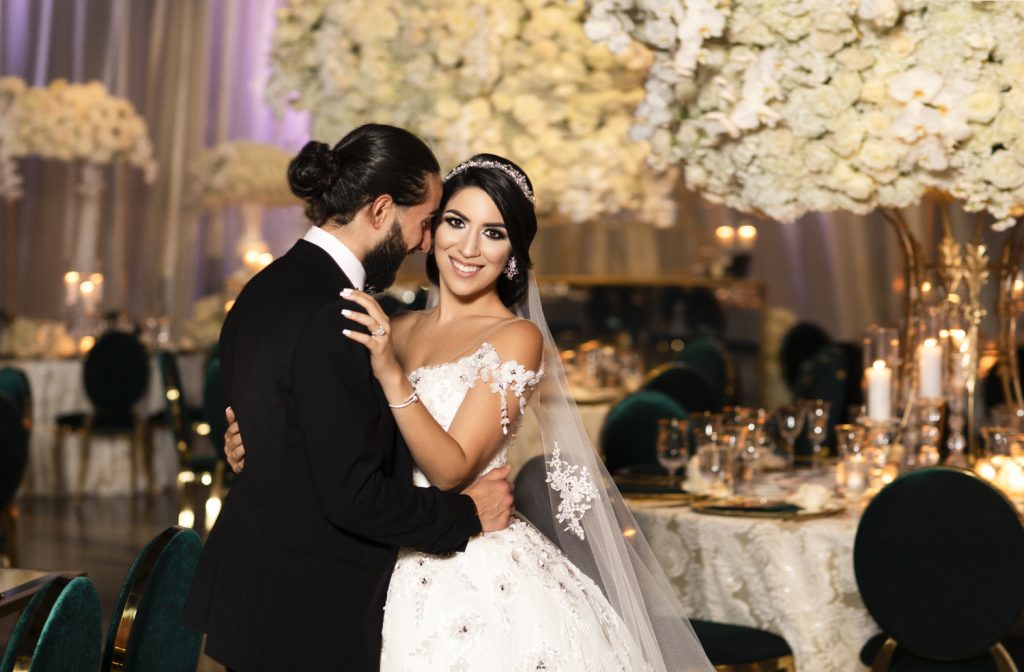 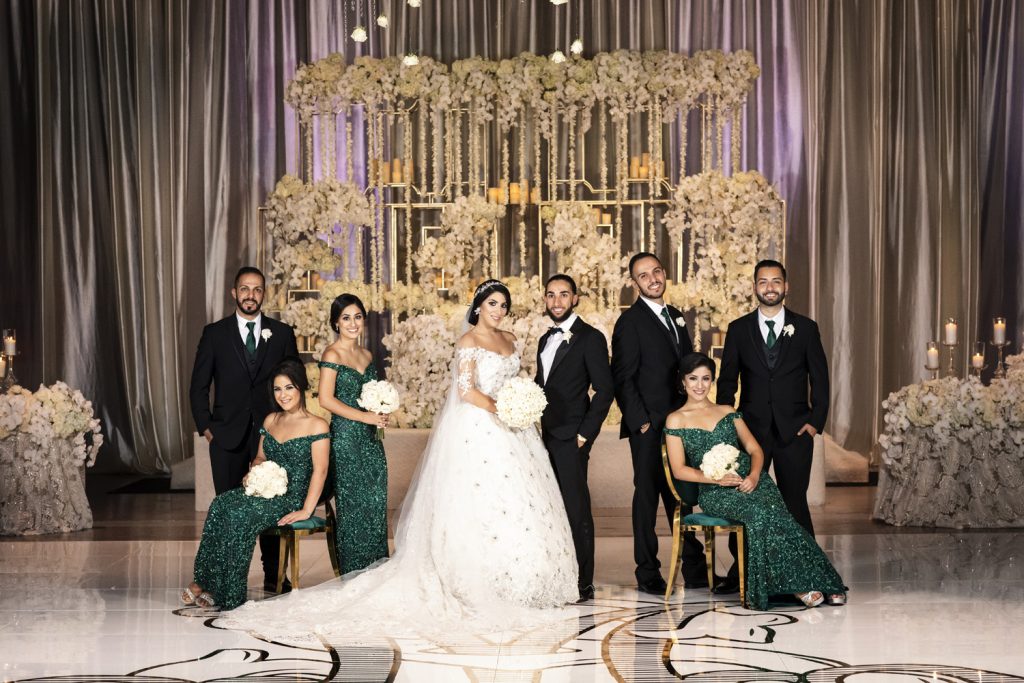 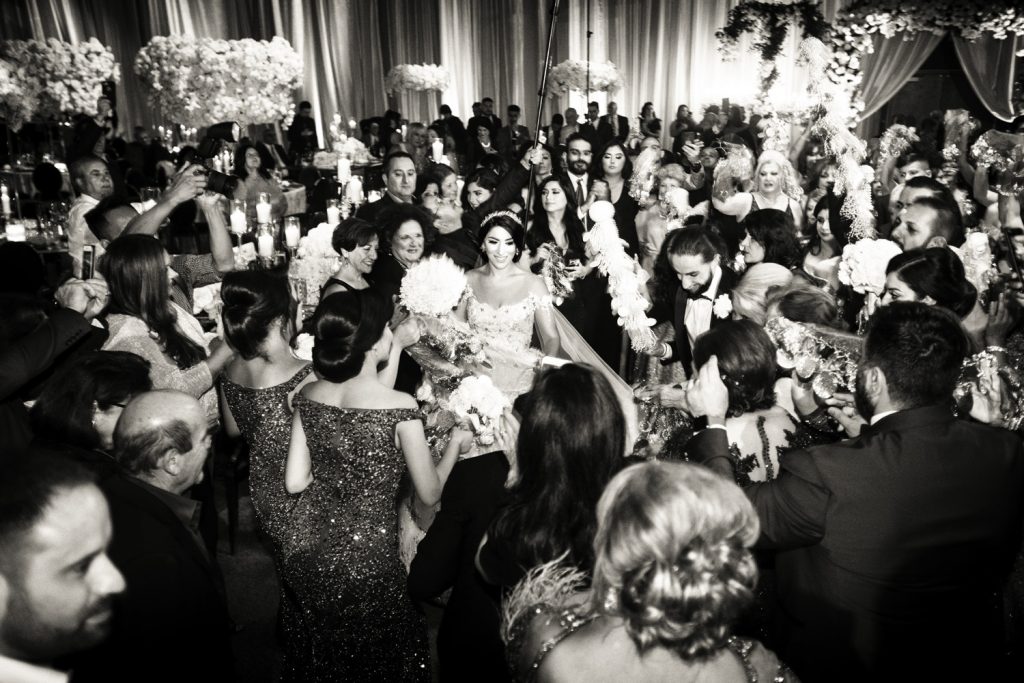 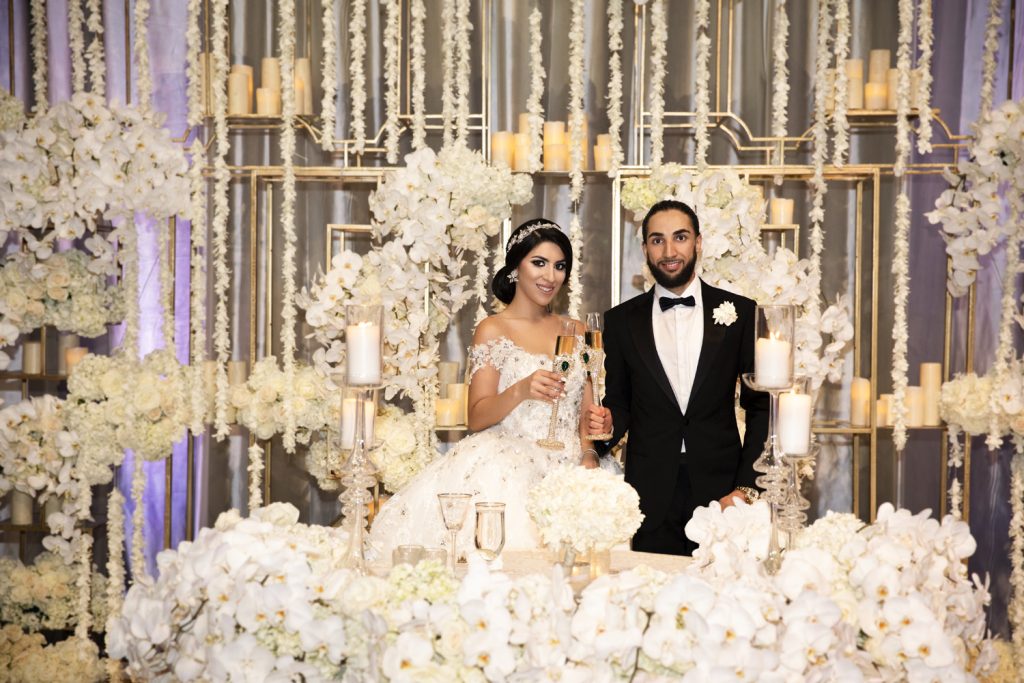 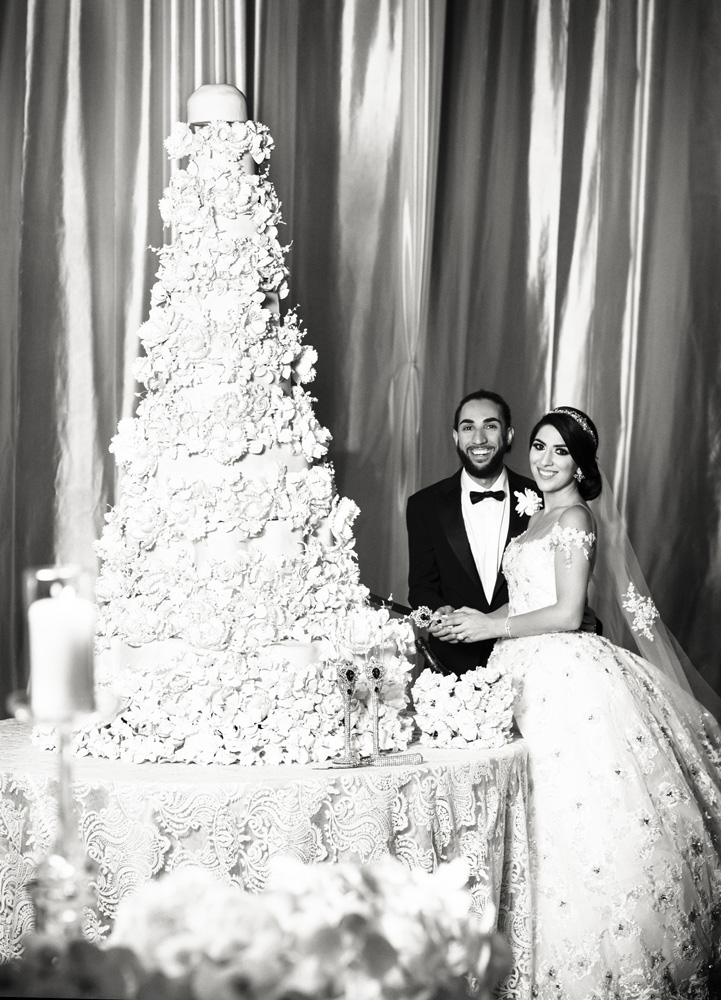 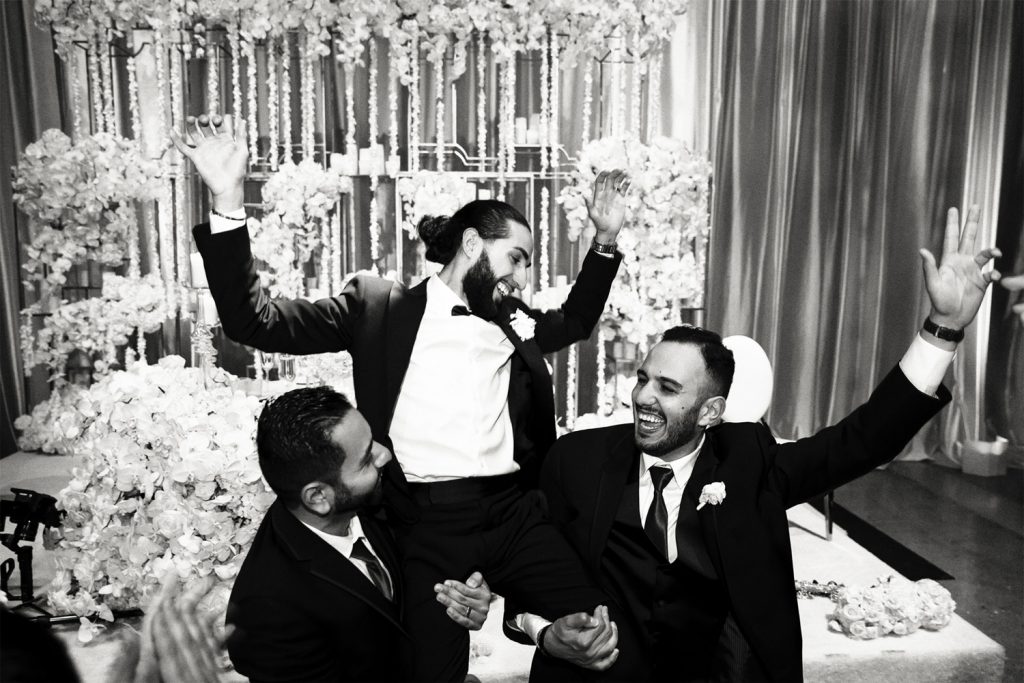 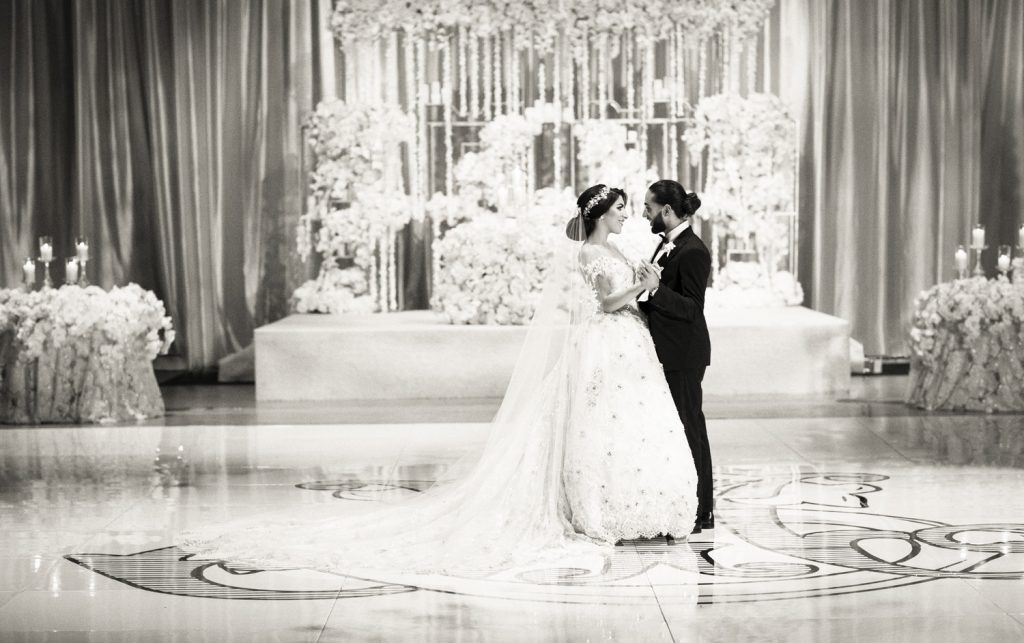 After dating for six years, Sadim went over the top for his romantic proposal to Megan. There were hundreds of rose petals, candles, balloons, and photos of them from over the years. Also, he hired someone to come play the piano. It was a complete surprise to Megan.

The couple lives in a very small town outside of Modesto, CA and so does most of their family. They wanted to find a venue that wasn’t too far from home to guarantee that their closest family and friends would be able to make the celebration. The Modesto Centre Plaza was large enough to host their 400+ guests. Megan wanted to decorate in a large way so the simple blank canvas of the Ballroom was a perfect fit.

The wedding day started with Assyrian traditions. They partook in the taking of the bride & groom out of their homes prior to the ceremony. Sadim’s family started at his residence with dancing and then traveled to Megan’s for more dancing and taking her from the house to the church. Also, they followed the tradition of welcoming the bride & groom to the reception with music, and dancing with traditional scarves.

The church was draped in white fabric and decorated with large arrangements of white flowers. The couple partook in a traditional Assyrian wedding ceremony which included blessings. After the pronouncement of marriage the couple had a dove release. Guests then enjoyed a cocktail hour and the couple was welcomed into the reception with lots of cheers and dancing.

The Ballroom at the Centre Plaza was completely transformed by White Lilac Inc. Notable features were the towering wedding cake, personalized monogram on the dance floor, and thousands of fresh florals. The main flowers used throughout the entire wedding from ceremony to reception were fresh orchards, white roses, and white hydrangeas, and light touches of greens. Megan’s bouquet was composed of fresh gardenias. She chose gardenias because of the beautiful smell they give off. Additionally, she had two bouquets. 1 for the ceremony and 1 for the reception due to the gardenia flower being very fragile. Every single centerpiece was composed of fresh flowers and the backdrop was all fresh flowers too. As an added cultural touch they brought in two traditional Assyrian singers from Chicago who performed traditional music throughout the reception.

To finish the wedding festivities they spent 2 1/2 weeks in Europe and enjoyed every moment of it. We left just a few days after the wedding which was perfect! We started in Rome, Italy and then took a Mediterranean Cruise on Celebrity Cruise Lines Edge, which was magnificent. The Cruise was 10 nights and we visited Capri, Italy, Palma De Mallorca, Spain, Barcelona, Spain, Monte-Carlo, Portofino, Italy, and Florence! Once the cruise ended we flew to Paris, France for a few nights. From start to finish it was pure magic!